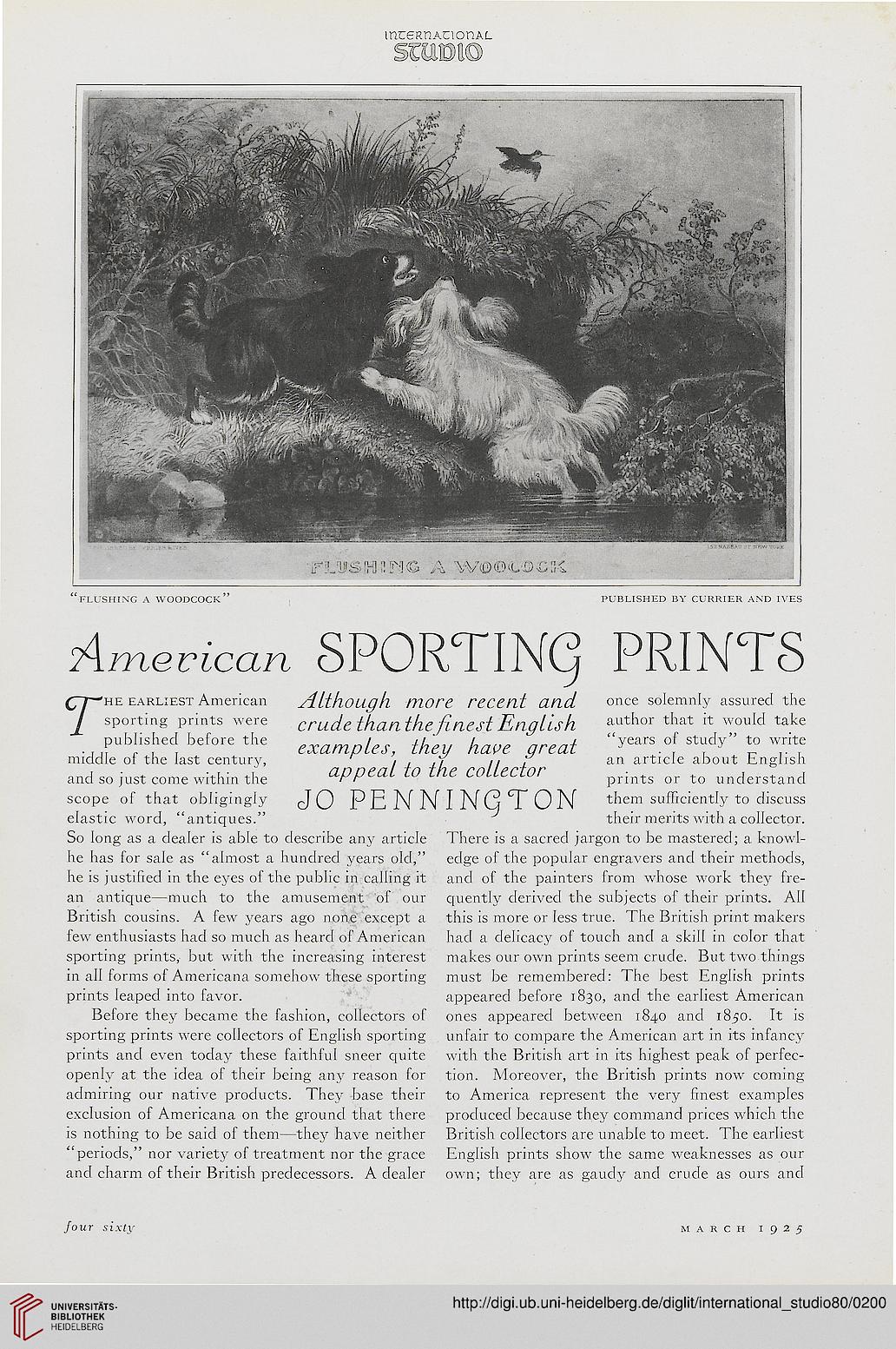 "FLUSHING A WOODCOCK" PUBLISHED BY CURRIER AND IVES

published before the examp[es tney have great "years.of study" t0 write
middle of the last century, , , ,Y n 4 an article about English

scope of that obligingly JO PENNINGTON" them sufficiently to discuss

elastic word, "antiques." their merits with a collector.

So long as a dealer is able to describe any article There is a sacred jargon to be mastered; a knowl-

he has for sale as "almost a hundred years old," edge of the popular engravers and their methods,

an antique—much to the amusement of our quently derived the subjects of their prints. All

British cousins. A few years ago none except a this is more or less true. The British print makers

sporting prints, but with the increasing interest makes our own prints seem crude. But two things

in all forms of Americana somehow these sporting must be remembered: The best English prints

prints leaped into favor. appeared before 1830, and the earliest American

Before they became the fashion, collectors of ones appeared between 1840 and 1850. It is

openly at the idea of their being any reason for tion. Moreover, the British prints now coming

admiring our native products. They base their to America represent the very finest examples

is nothing to be said of them—they have neither British collectors are unable to meet. The earliest

"periods," nor variety of treatment nor the grace English prints show the same weaknesses as our

and charm of their British predecessors. A dealer own; they are as gaudy and crude as ours and