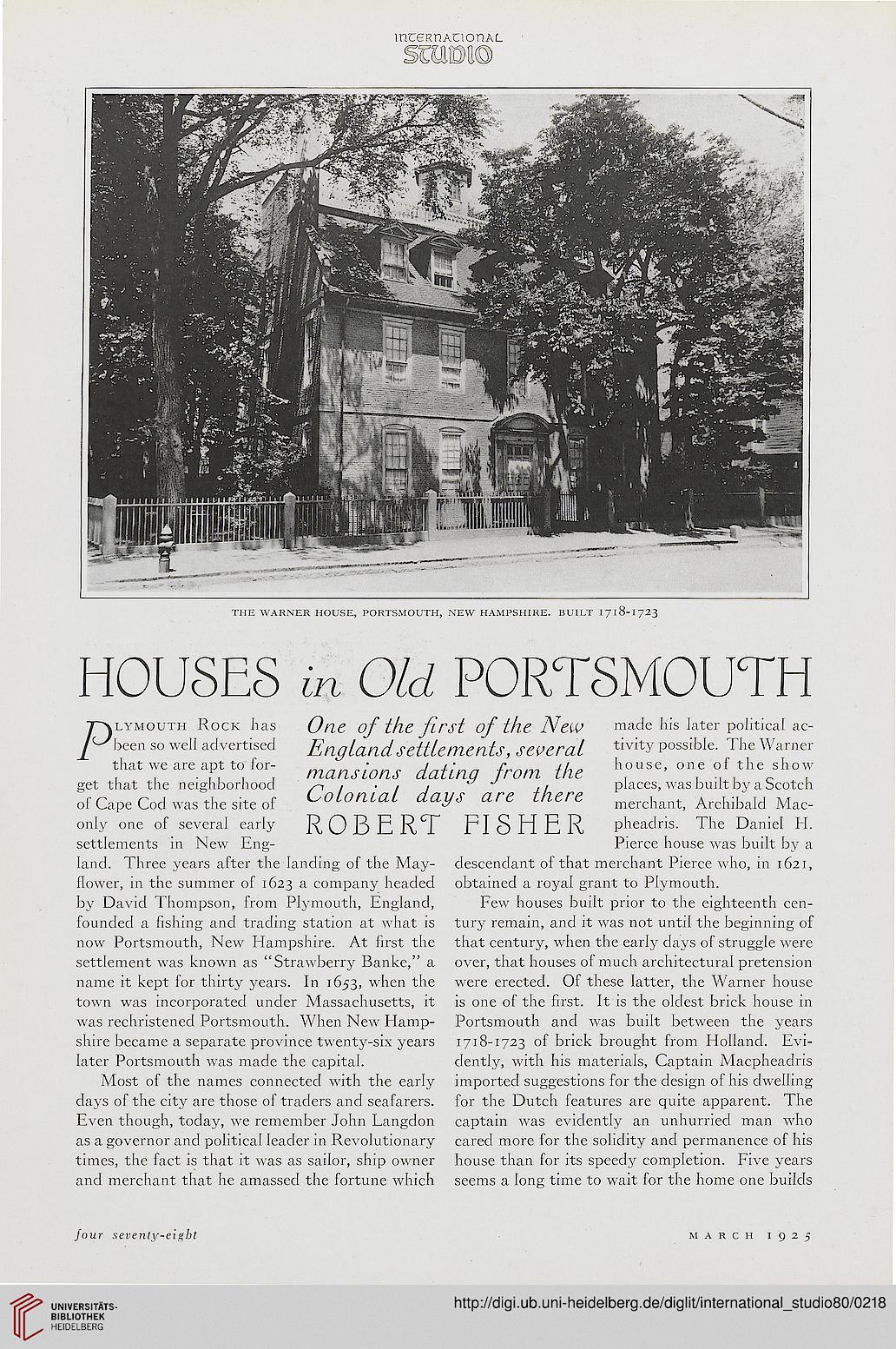 Plymouth Rock has One of the first of the New made his later political ac-
been so well advertised England Settlements, several tivit^ Possible. The Warner
that we are apt to for- mansLons dating from the ^use, one of the show
get that the neighborhood / • / / / / places, was built by a bcotch

of Cape Cod was the site of Colonial days are there merchant, Archibald Mac-
only one of several early R 0 P3 E RT FISHER pheadris. The Daniel H.
settlements in New Eng- Pierce house was built by a

land. Three years after the landing of the May- descendant of that merchant Pierce who, in 1621,
flower, in the summer of 1623 a company headed obtained a royal grant to Plymouth,
by David Thompson, from Plymouth, England, Few houses built prior to the eighteenth cen-

founded a fishing and trading station at what is tury remain, and it was not until the beginning of
now Portsmouth, New Hampshire. At first the that century, when the early days of struggle were
settlement was known as "Strawberry Banke," a over, that houses of much architectural pretension
name it kept for thirty years. In 1653, when the were erected. Of these latter, the Warner house
town was incorporated under Massachusetts, it is one of the first. It is the oldest brick house in
was rechristened Portsmouth. When New Hamp- Portsmouth and was built between the years
shire became a separate province twenty-six years 1718-1723 of brick brought from Holland. Evi-
Iater Portsmouth was made the capital. dently, with his materials, Captain Macpheadris

Most of the names connected with the early imported suggestions for the design of his dwelling
days of the city are those of traders and seafarers, for the Dutch features are quite apparent. The
Even though, today, we remember John Langdon captain was evidently an unhurried man who
as a governor and political leader in Revolutionary cared more for the solidity and permanence of his
times, the fact is that it was as sailor, ship owner house than for its speedy completion. Five years
and merchant that he amassed the fortune which seems a lone time to wait for the home one builds