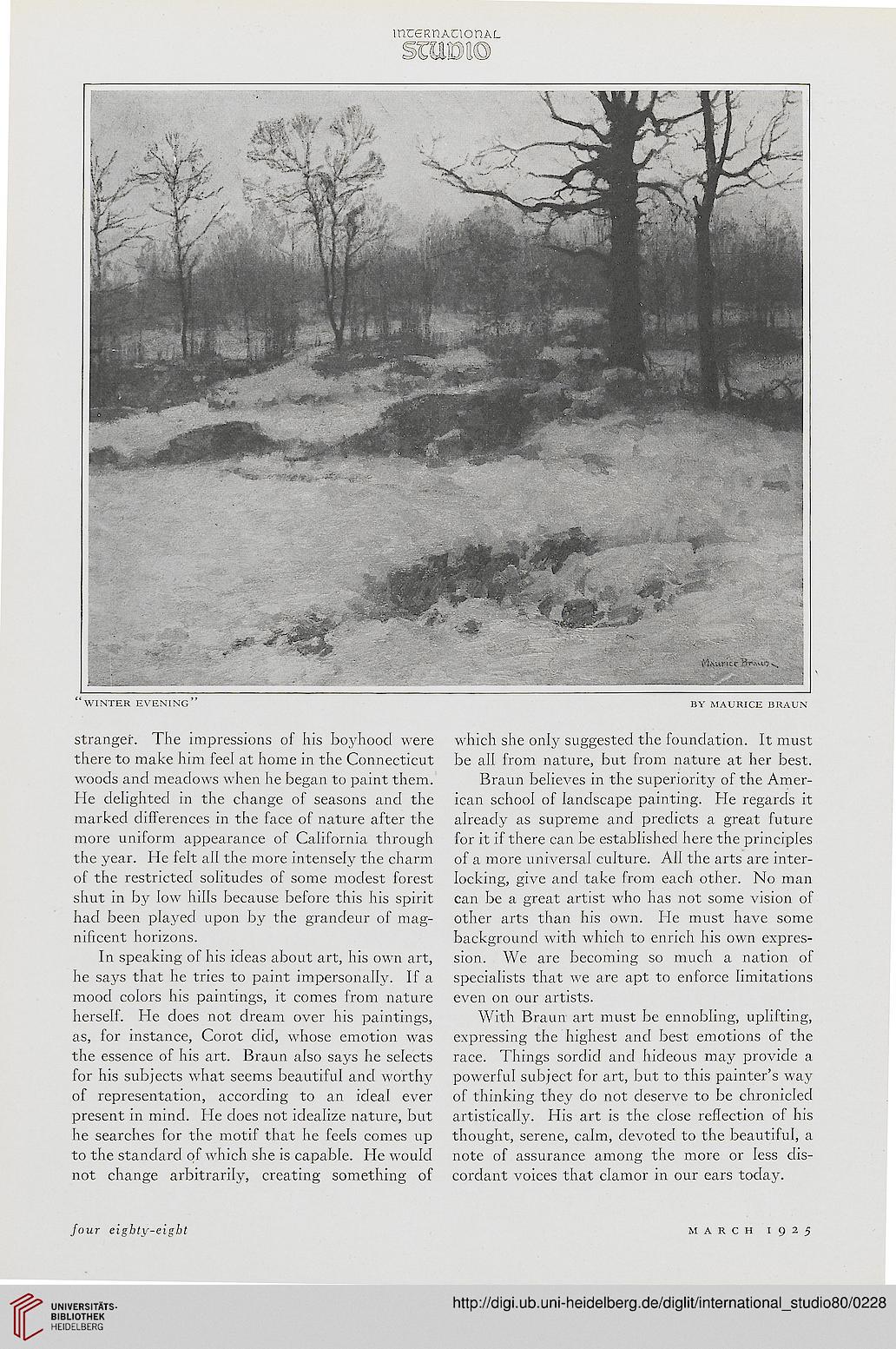 stranger. The impressions of his boyhood were which she only suggested the foundation. It must

there to make him feel at home in the Connecticut be all from nature, but from nature at her best,

woods and meadows when he began to paint them. Braun believes in the superiority of the Amer-

He delighted in the change of seasons and the ican school of landscape painting. He regards it

the year. He felt all the more intensely the charm of a more universal culture. All the arts are inter-

of the restricted solitudes of some modest forest locking, give and take from each other. No man

had been played upon by the grandeur of mag- other arts than his own. He must have some

nificent horizons. background with which to enrich his own expres-

In speaking of his ideas about art, his own art, sion. We are becoming so much a nation of

he says that he tries to paint impersonally. If a specialists that we are apt to enforce limitations

mood colors his paintings, it comes from nature even on our artists.

herself. He does not dream over his paintings, With Braun art must be ennobling, uplifting,

as, for instance, Corot did, whose emotion was expressing the highest and best emotions of the

the essence of his art. Braun also says he selects race. Things sordid and hideous may provide a

for his subjects what seems beautiful and worthy powerful subject for art, but to this painter's way

of representation, according to an ideal ever of thinking they do not deserve to be chronicled

present in mind. He does not idealize nature, but artistically. His art is the close reflection of his

he searches for the motif that he feels comes up thought, serene, calm, devoted to the beautiful, a

to the standard of which she is capable. He would note of assurance among the more or less dis-

not change arbitrarily, creating something of cordant voices that clamor in our ears today.