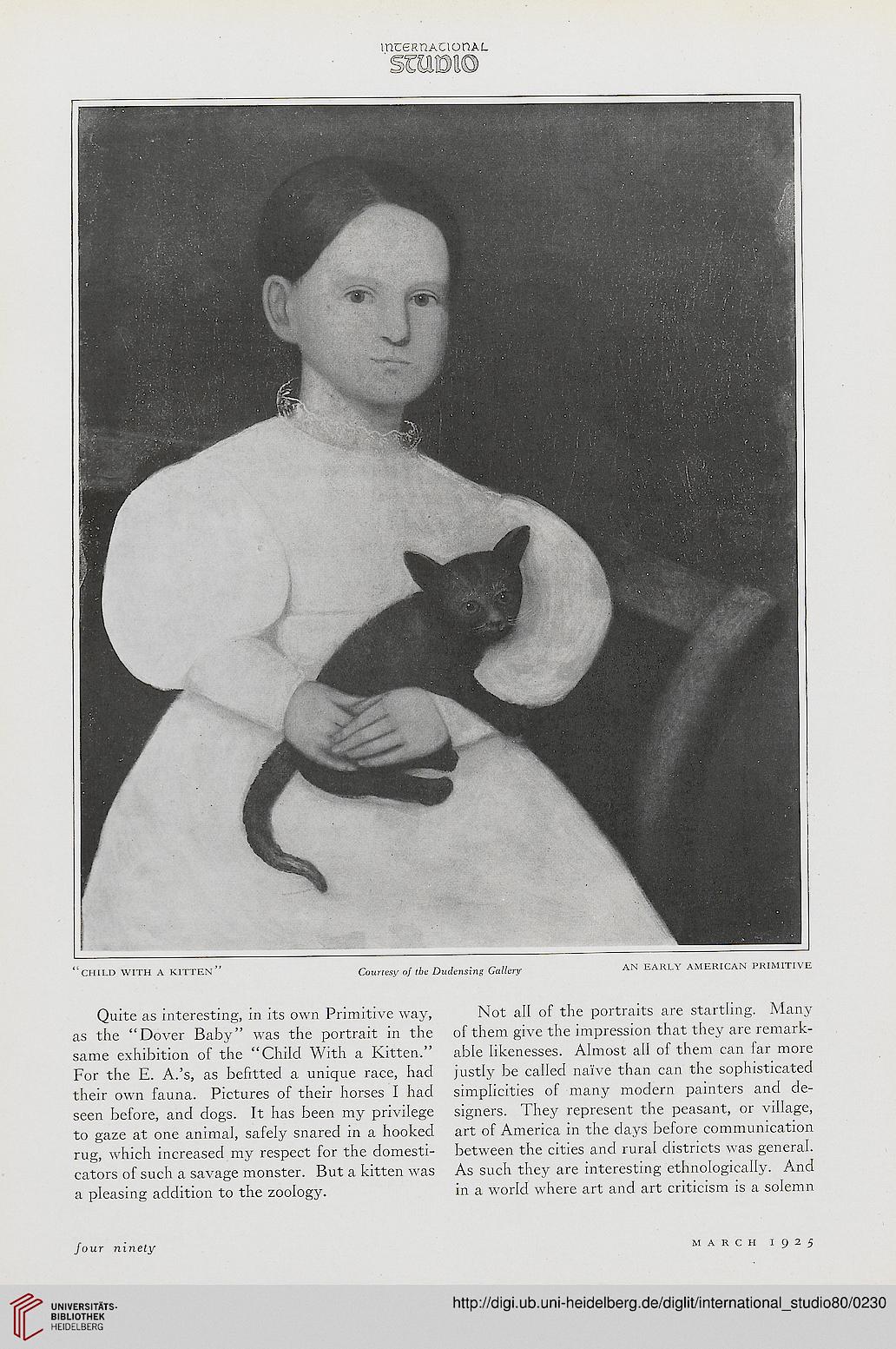 Quite as interesting, in its own Primitive way, Not all of the portraits are startling. Many
as the "Dover Baby" was the portrait in the of them give the impression that they are remark-
same exhibition of the "Child With a Kitten." able likenesses. Almost all of them can far more
For the E. A.'s, as befitted a unique race, had justly be called naive than can the sophisticated
their own fauna. Pictures of their horses I had simplicities of many modern painters and de-
seen before, and dogs. It has been my privilege signers. They represent the peasant, or village,
to gaze at one animal, safely snared in a hooked art of America in the days before communication
rug, which increased my respect for the domesti- between the cities and rural districts was general,
cators of such a savage monster. But a kitten was As such they are interesting ethnologically. And
a pleasing addition to the zoology. in a world where art and art criticism is a solemn