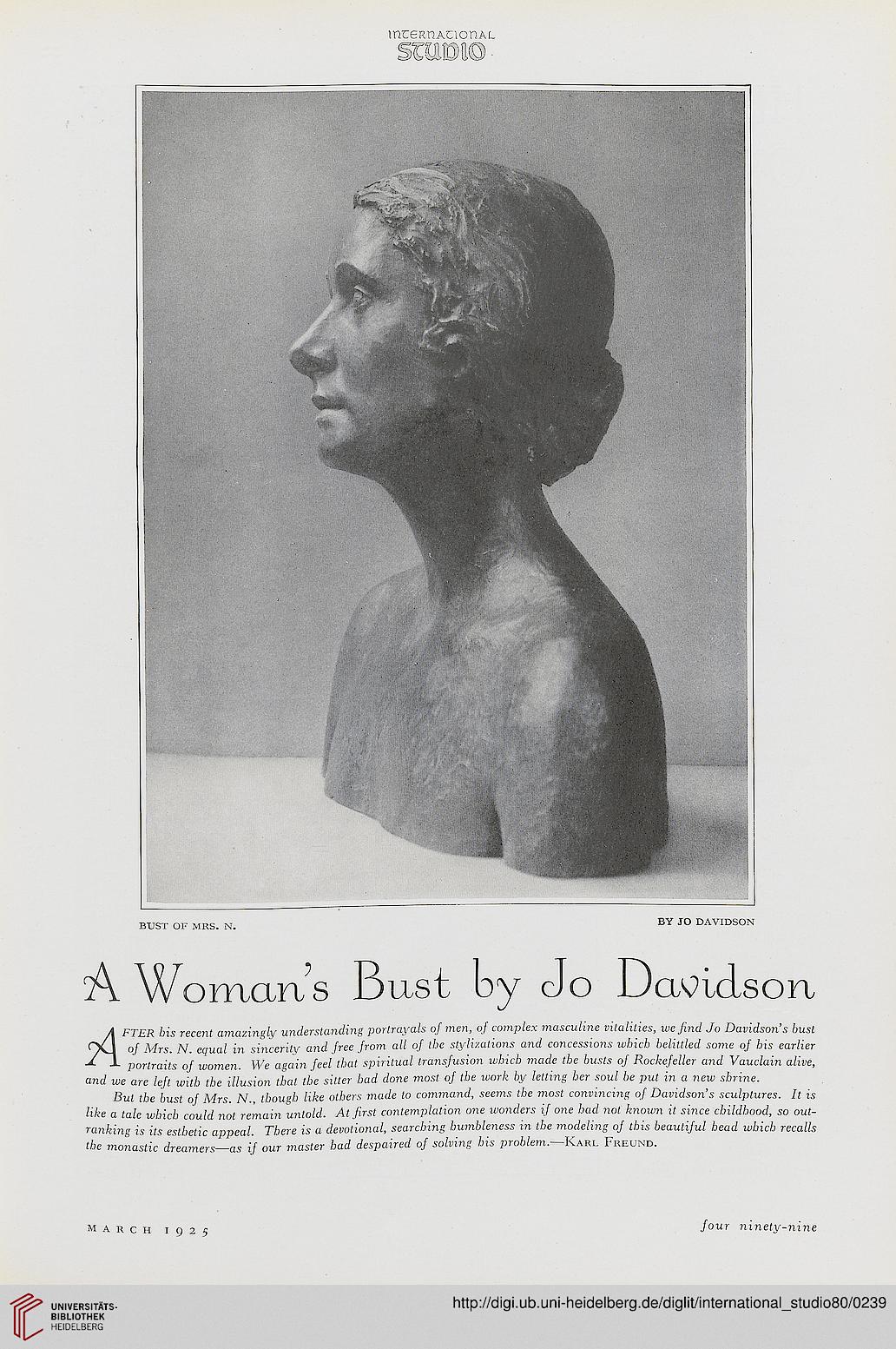 A Woman's Bust by Jo Davidson

FTER his recent amazingly understanding portrayals of men, of complex masculine vitalities, we find Jo Davidson's bust
of Mrs. N. equal in sincerity and free from all of the stylizalions and concessions which belittled some of his earlier
portraits of women. We again feel that spiritual transfusion which made the busts of Rockefeller and Vauclain alive,
and we are left with the illusion that the sitter had done most of the work by letting her soul be put in a new shrine.

But the bust of Mrs. N., though like others made to command, seems the most convincing of Davidson's sculptures. It is
like a tale which could not remain untold. At first contemplation one wonders if one had not known it since childhood, so out-
ranking is its esthetic appeal. There is a devotional, searching humbleness in the modeling of this beautiful head which recalls
the monastic dreamers—as if our master had despaired of solving his problem.—Karl Freund.