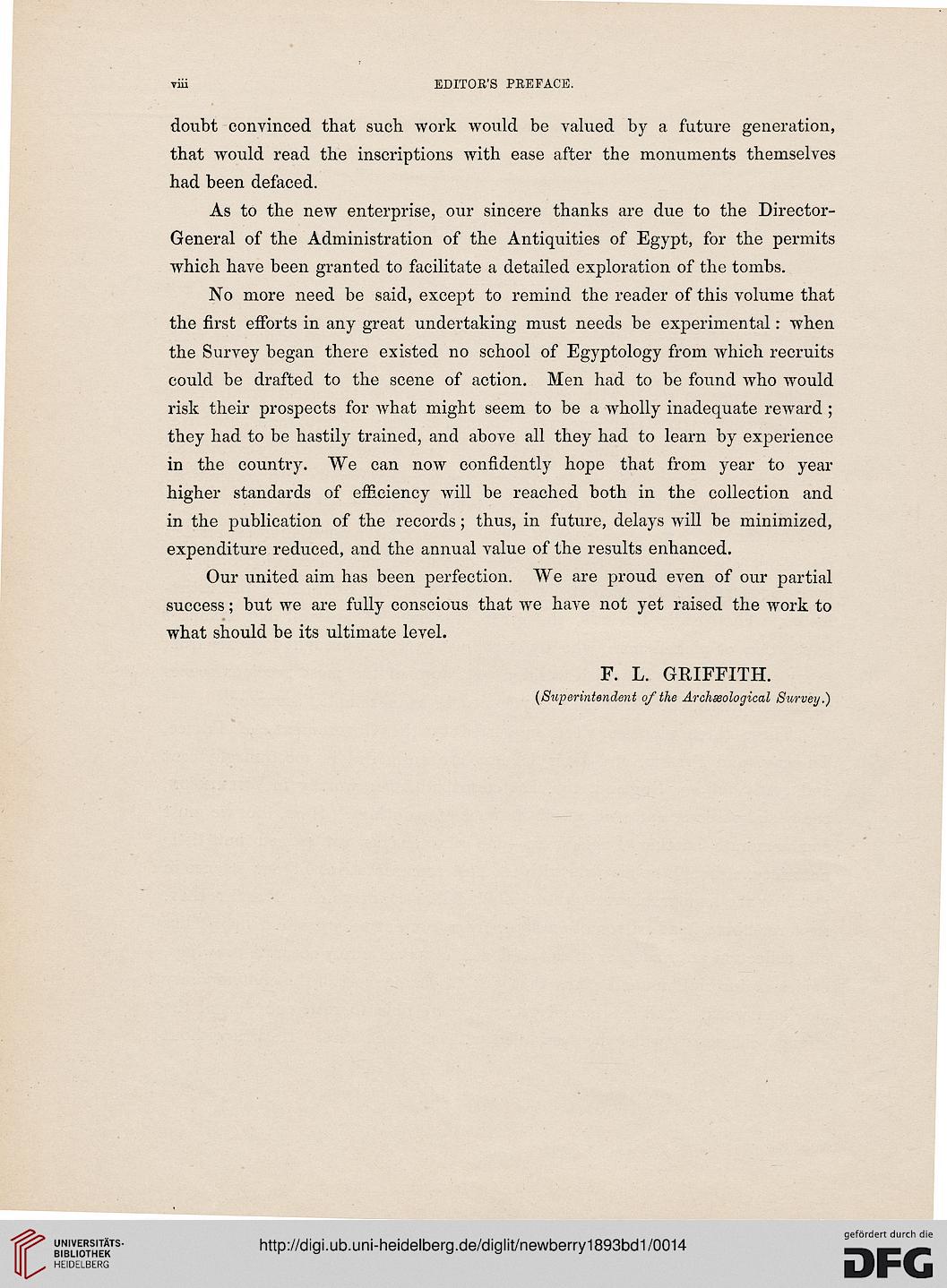 doubt convinced that such work would be valued by a future generation,
that would read the inscriptions with ease after the monuments themselves
had been defaced.

As to the new enterprise, our sincere thanks are due to the Director-
General of the Administration of the Antiquities of Egypt, for the permits
which have been granted to facilitate a detailed exploration of the tombs.

No more need be said, except to remind the reader of this volume that
the first efforts in any great undertaking must needs be experimental: when
the Survey began there existed no school of Egyptology from which recruits
could be drafted to the scene of action. Men had to be found who would
risk their prospects for what might seem to be a wholly inadequate reward ;
they had to be hastily trained, and above all they had to learn by experience
in the country. "We can now confidently hope that from year to year
higher standards of efficiency will be reached both in the collection and
in the publication of the records; thus, in future, delays will be minimized,
expenditure reduced, and the annual value of the results enhanced.

Our united aim has been perfection. We are proud even of our partial
success; but we are fully conscious that we have not yet raised the work to
what should be its ultimate level.

(Superintendent of the Archaeological Survey.)