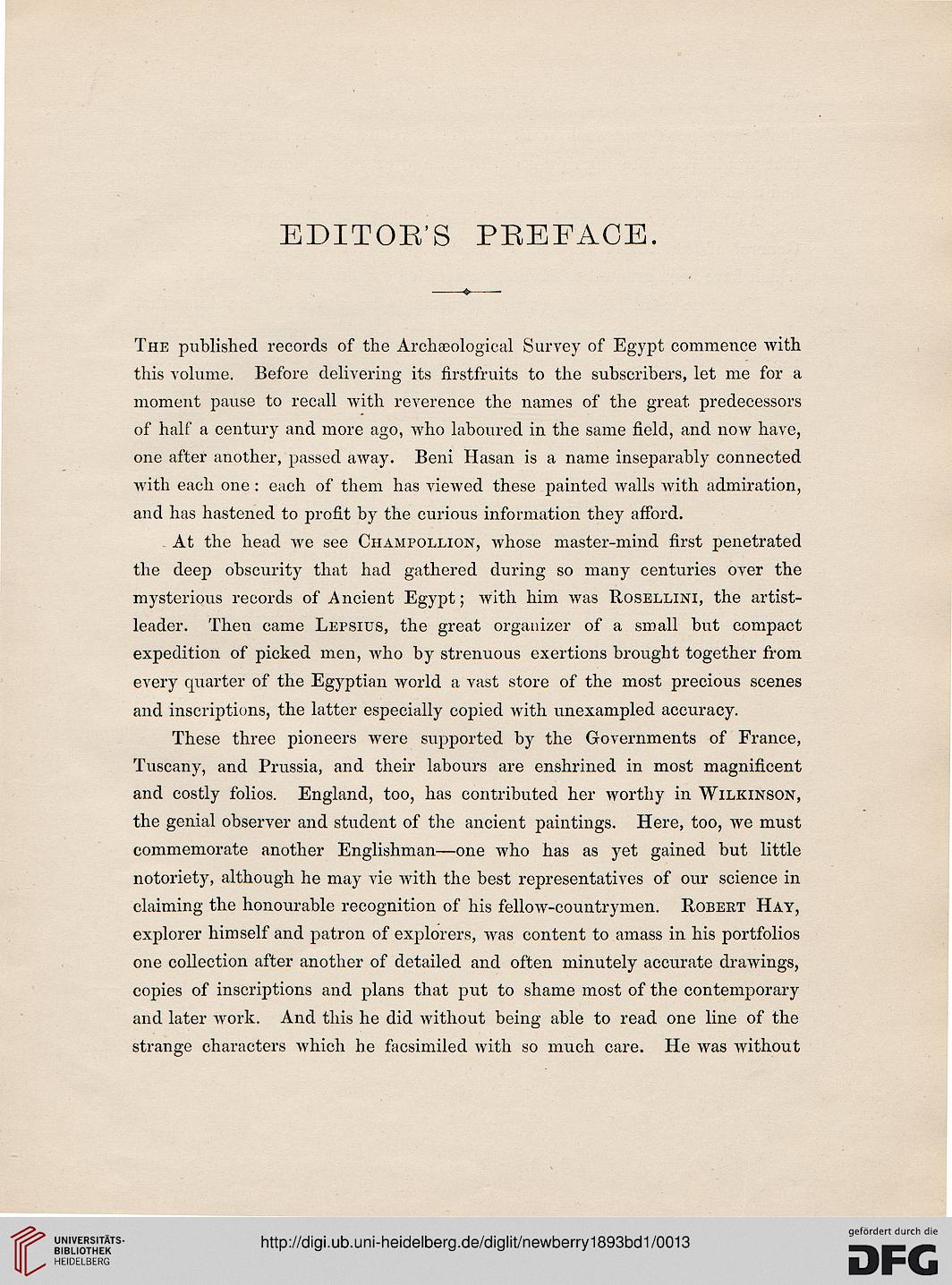 The published records of the Archaeological Survey of Egypt commence with
this volume. Before delivering its firstfruits to the subscribers, let me for a
moment pause to recall with reverence the names of the great predecessors
of half a century and more ago, who laboured in the same field, and now have,
one after another, passed away. Beni Hasan is a name inseparably connected
with each one : each of them has viewed these painted walls with admiration,
and has hastened to profit by the curious information they afford.

At the head we see Champollion, whose master-mind first penetrated
the deep obscurity that had gathered during so many centuries over the
mysterious records of Ancient Egypt; with him was Rosellini, the artist-
leader. Then came Lepsius, the great organizer of a small but compact
expedition of picked men, who by strenuous exertions brought together from
every quarter of the Egyptian world a vast store of the most precious scenes
and inscriptions, the latter especially copied with unexampled accuracy.

These three pioneers were supported by the Governments of France,
Tuscany, and Prussia, and their labours are enshrined in most magnificent
and costly folios. England, too, has contributed her worthy in Wilkinson,
the genial observer and student of the ancient paintings. Here, too, we must
commemorate another Englishman—one who has as yet gained but little
notoriety, although he may vie with the best representatives of our science in
claiming the honourable recognition of his fellow-countrymen. Robert Hay,
explorer himself and patron of explorers, was content to amass in his portfolios
one collection after another of detailed and often minutely accurate drawings,
copies of inscriptions and plans that put to shame most of the contemporary
and later work. And this he did without being able to read one line of the
strange characters which he facsimiled with so much care. He was without