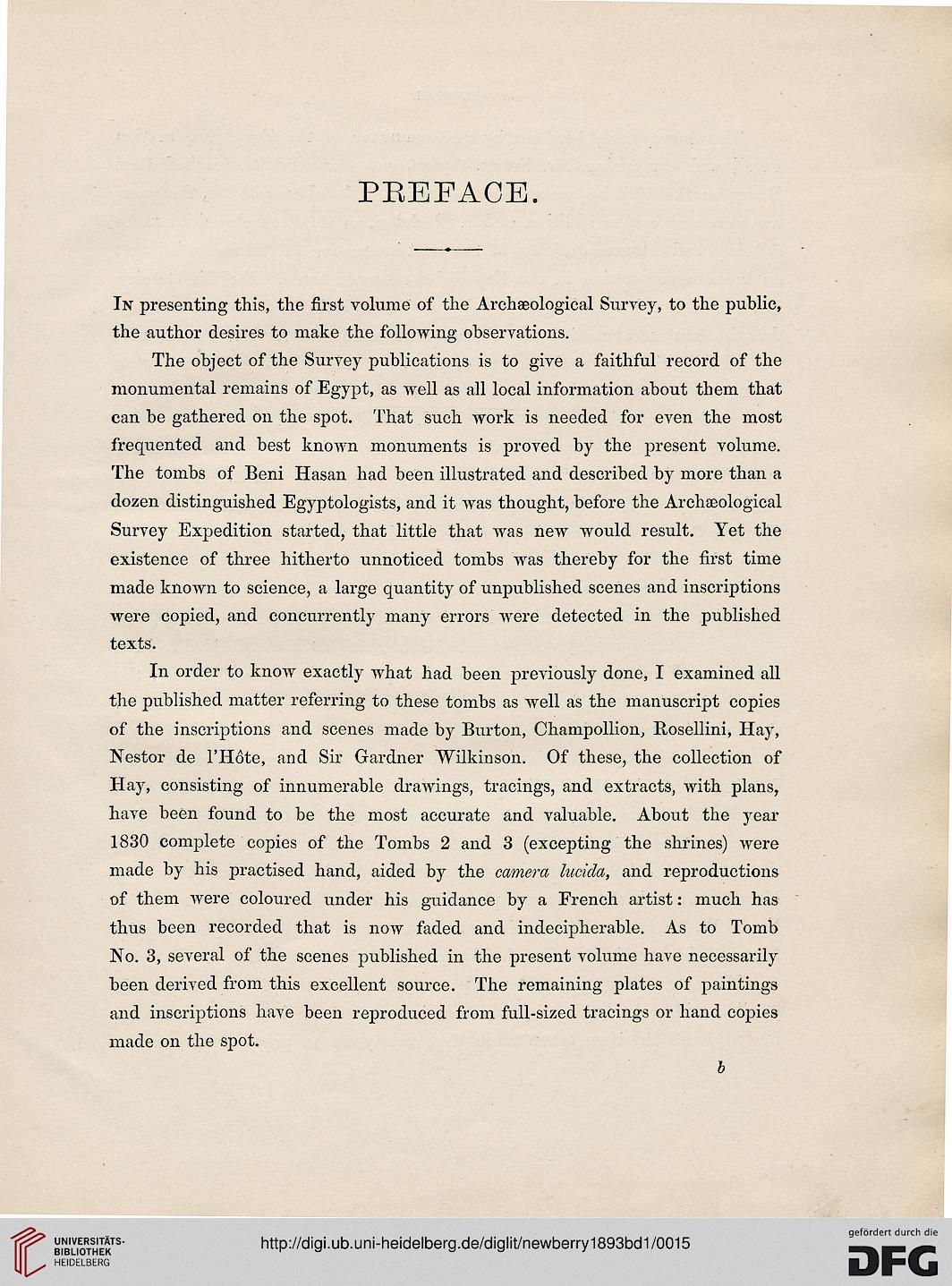 In presenting this, the first volume of the Archaeological Survey, to the public,
the author desires to make the following observations.

The object of the Survey publications is to give a faithful record of the
monumental remains of Egypt, as well as all local information about them that
can be gathered on the spot. That such work is needed for even the most
frequented and best known monuments is proved by the present volume.
The tombs of Beni Hasan had been illustrated and described by more than a
dozen distinguished Egyptologists, and it was thought, before the Archaeological
Survey Expedition started, that little that was new would result. Yet the
existence of three hitherto unnoticed tombs was thereby for the first time
made known to science, a large quantity of unpublished scenes and inscriptions
were copied, and concurrently many errors were detected in the published
texts.

In order to know exactly what had been previously done, I examined all
the published matter referring to these tombs as well as the manuscript copies
of the inscriptions and scenes made by Burton, Champollion, Rosellini, Hay,
Nestor de l'Hote, and Sir Gardner Wilkinson. Of these, the collection of
Hay, consisting of innumerable drawings, tracings, and extracts, with plans,
have been found to be the most accurate and valuable. About the year
1830 complete copies of the Tombs 2 and 3 (excepting the shrines) were
made by his practised hand, aided by the camera lucida, and reproductions
of them were coloured under his guidance by a French artist: much has
thus been recorded that is now faded and indecipherable. As to Tomb
No. 3, several of the scenes published in the present volume have necessarily
been derived from this excellent source. The remaining plates of paintings
and inscriptions have been reproduced from full-sized tracings or hand copies
made on the spot.