Nicholson, Peter
The student's instructor in drawing and working the five orders of architecture — London, 1823 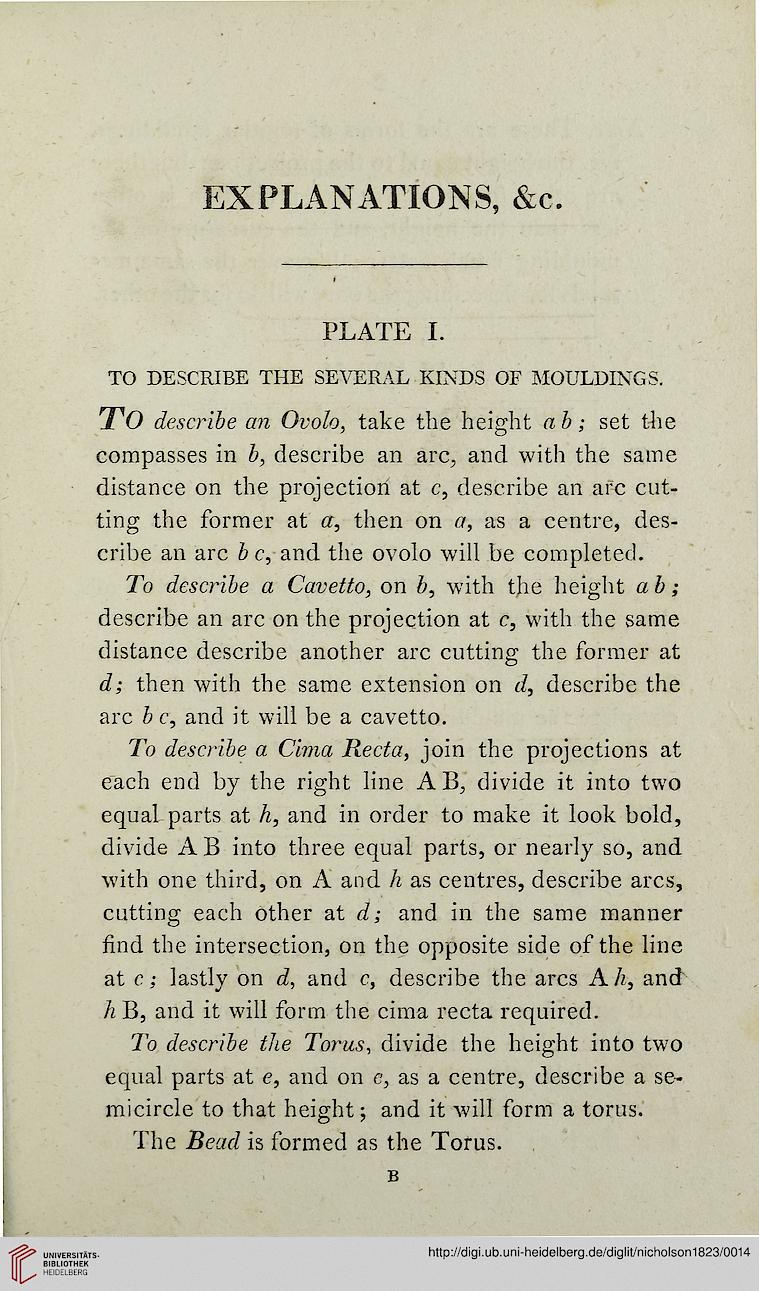 TO DESCRIBE THE SEVERAL KINDS OF MOULDINGS.

To describe a Cavetto, on b, with the height ab;
describe an arc on the projection at c, with the same
distance describe another arc cutting the former at
d; then with the same extension on d, describe the
arc b c, and it will be a cavetto.

To describe a Cima Recta, join the projections at
each end by the right line AB, divide it into two
equal parts at h, and in order to make it look bold,
divide A B into three equal parts, or nearly so, and
with one third, on A and h as centres, describe arcs,
cutting each other at d; and in the same manner
find the intersection, on the opposite side of the line
at c; lastly on d, and c, describe the arcs Ah, and
h B, and it will form the cima recta required.

To describe the Torus, divide the height into two
equal parts at e, and on c, as a centre, describe a se-
micircle to that height; and it will form a torus.

The Bead is formed as the Torus.