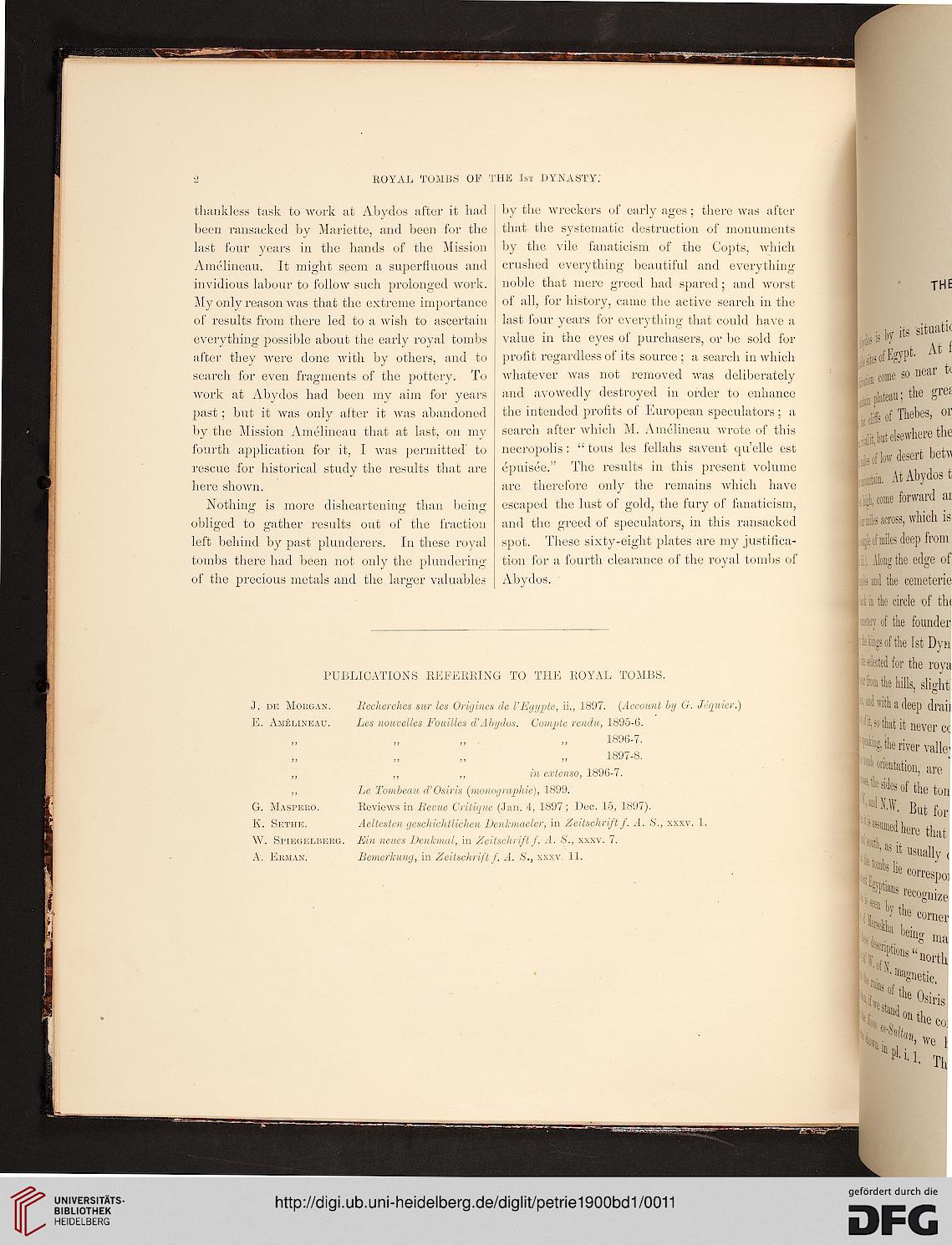 thankless tusk to work at Abydos after it had
been ransacked by Mariette, and been for the
last four years in the hands of the Mission
Amelineau. It might seem a superfluous and
invidious labour to follow such prolonged work.
My only reason was that the extreme importance
of results from there led to a wish to ascertain
everything possible about the early royal tombs
after they were done with by others, and to
search for even fragments of the pottery. To
work at Abydos had been my aim for years
past; but it was only after it was abandoned
by the Mission Amelineau that at last, on my
fourth application for it, I was permitted to
rescue for historical study the results that are
here shown.

Nothing is more disliearteninir than 1 icing
obliged to gather results out of the fraction
left behind by past plunderers. In these royal
tombs there had been not only the plundering
of the precious metals and the larger valuables

by the wreckers of early ages ; there was after
that the systematic destruction of monuments
by the vile fanaticism of the Copts, which
crushed everything beautiful and everythi)ig-
noble that mere greed had spared ; and worst
of all, for history, came the active search in the
last four years for everything that could have a
value in the eyes of purchasers, or be sold for
profit regardless of its source ; a search in which
whatever was not removed was deliberately
and avowedly destroyed in order to enhance
the intended profits of European speculators ; a
search after which M. Amelineau wrote of this
necropolis: " tous les fellahs savent quelle est
epuisee." The results in this present volume
are therefore only the remains which have
escaped the lust of gold, the fury of fanaticism,
and the greed of speculators, in this ransacked
spot. These sixty-eight plates are my justifica-
tion for a fourth clearance of the royal tombs of
Abydos.

, come so near ti

it( but elsewhere the

Stiles across, which is

,i|le of miles deep from

Along the edge of

'in the hills, slight