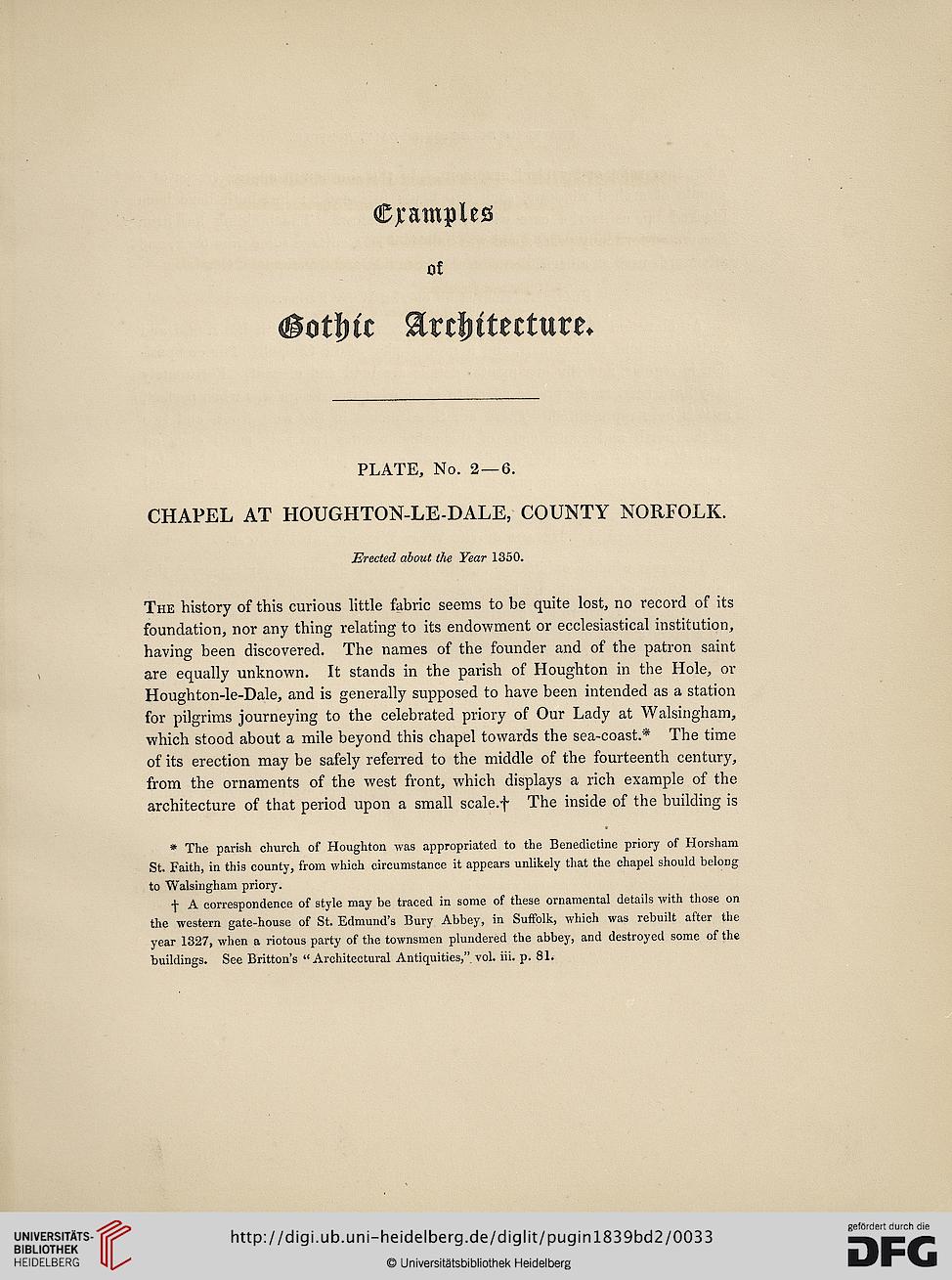 The history of this curious little fabric seems to be quite lost, no record of its
foundation, nor any thing relating to its endowment or ecclesiastical institution,
having been discovered. The names of the founder and of the patron saint
are equally unknown. It stands in the parish of Houghton in the Hole, or
Houghton-le-Dale, and is generally supposed to have been intended as a station
for pilgrims journeying to the celebrated priory of Our Lady at Walsingham,
which stood about a mile beyond this chapel towards the sea-coast.* The time
of its erection may be safely referred to the middle of the fourteenth century,
from the ornaments of the west front, which displays a rich example of the
architecture of that period upon a small scale.f The inside of the building is

* The parish church of Houghton was appropriated to the Benedictine priory of Horsham
St. Faith, in this county, from which circumstance it appears unlikely that the chapel should belong
to Walsingham priory.

f A correspondence of style may be traced in some of these ornamental details with those on
the western gate-house of St. Edmund’s Bury Abbey, in Suffolk, which was rebuilt after the
year 1327, when a riotous party of the townsmen plundered the abbey, and destroyed some of the
buildings. See Britton’s “ Architectural Antiquities,” vol. iii. p. 81.