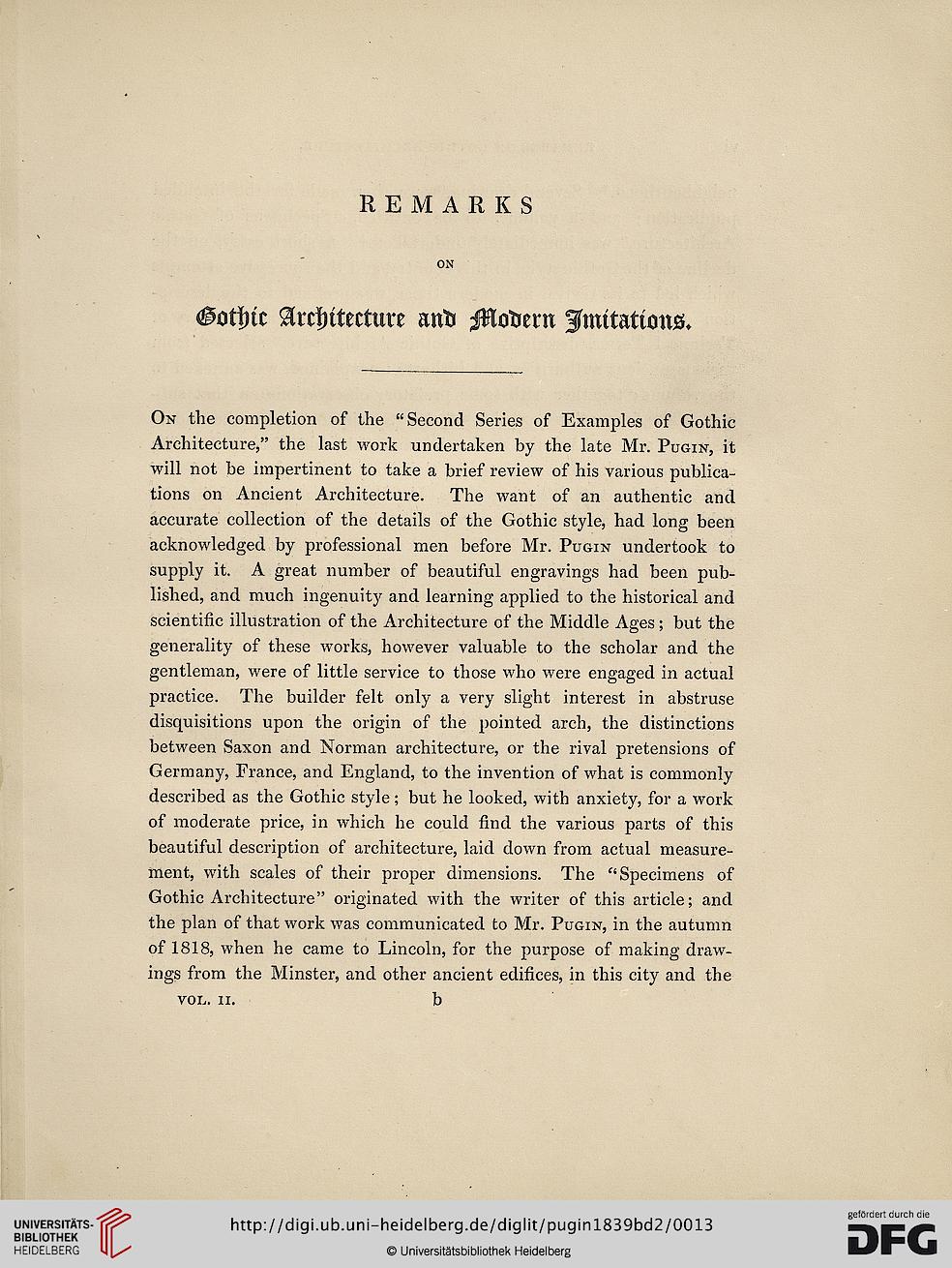 On the completion of the “Second Series of Examples of Gothic
Architecture,” the last work undertaken by the late Mr. Pugin, it
will not he impertinent to take a brief review of his various publica-
tions on Ancient Architecture. The want of an authentic and
accurate collection of the details of the Gothic style, had long been
acknowledged by professional men before Mr. Pugin undertook to
supply it. A great number of beautiful engravings had been pub-
lislied, and much ingenuity and learning applied to the historical and
scientific illustration of the Architecture of the Middle Ages ; but the
generality of these works, however valuable to the scholar and the
gentleman, were of little service to those who were engaged in actual
practice. The builder felt only a very slight interest in abstruse
disquisitions upon the origin of the pointed arch, the distinctions
between Saxon and Norman architecture, or the rival pretensions of
Germany, Erance, and England, to the invention of what is commonly
described as the Gothic style; but he looked, with anxiety, for a work
of moderate price, in which he could find the various parts of this
beautiful description of architecture, laid down from actual measure-
ment, with scales of their proper dimensions. The “Specimens of
Gothic Architecture” originated with the writer of this article; and
the plan of that work was communicated to Mr. Pugin, in the autumn
of 1818, when he came to Lincoln, for the purpose of making draw-
ings from the Minster, and other ancient edifices, in this city and the
vol. ii. b