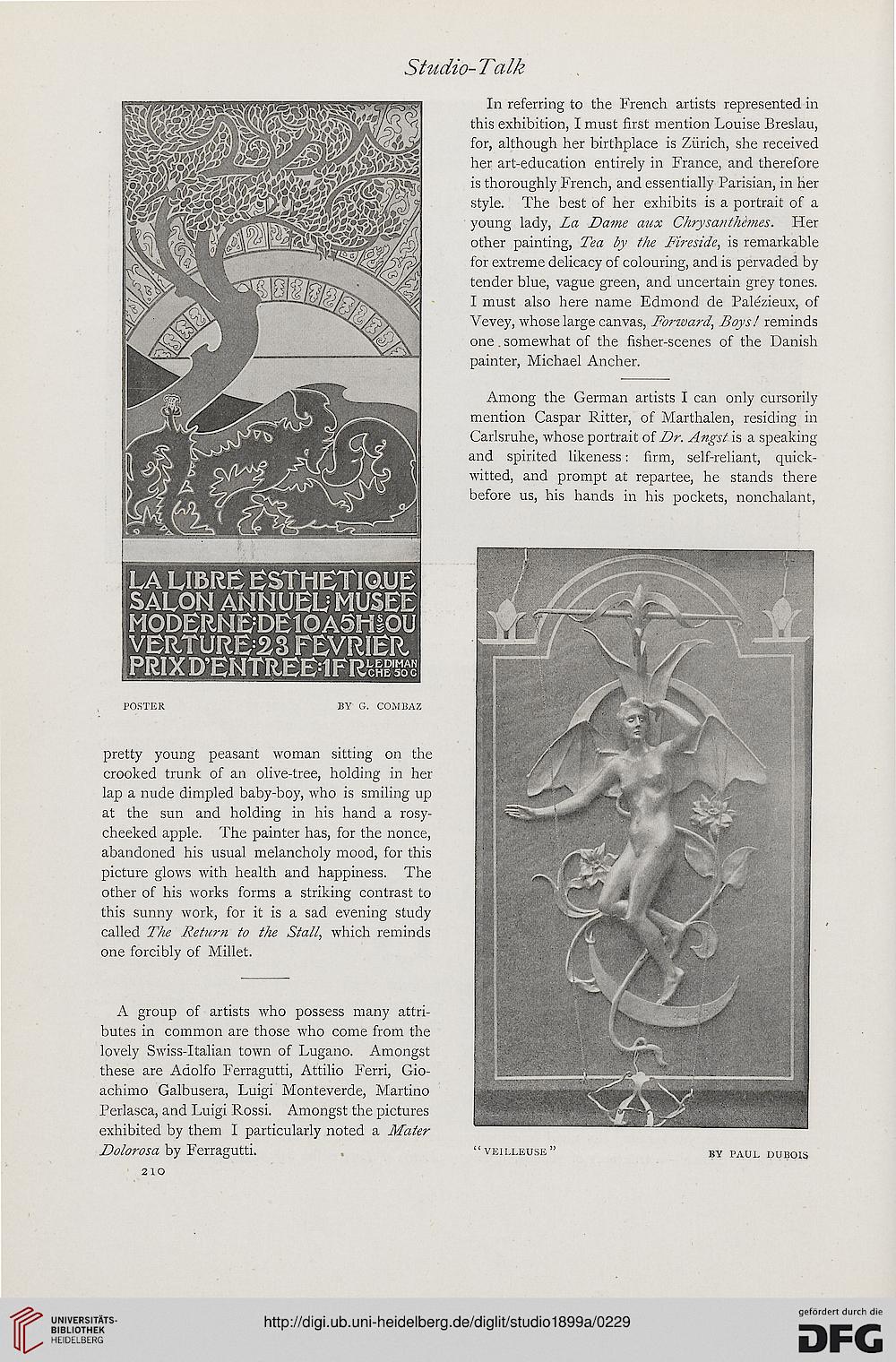 pretty young peasant woman sitting on the
crooked trunk of an olive-tree, holding in her
lap a nude dimpled baby-boy, who is smiling up
at the sun and holding in his hand a rosy-
cheeked apple. The painter has, for the nonce,
abandoned his usual melancholy mood, for this
picture glows with health and happiness. The
other of his works forms a striking contrast to
this sunny work, for it is a sad evening study
called The Return to the Stall, which reminds
one forcibly of Millet.

A group of artists who possess many attri-
butes in common are those who come from the
lovely Swiss-Italian town of Lugano. Amongst
these are Adolfo Ferragutti, Attilio Ferri, Gio-
achimo Galbusera, Luigi Monteverde, Martino
Perlasca, and Luigi Rossi. Amongst the pictures
exhibited by them I particularly noted a Mater
Dolorosa by Ferragutti.

In referring to the French artists represented in
this exhibition, I must first mention Louise Breslau,
for, although her birthplace is Zurich, she received
her art-education entirely in France, and therefore
is thoroughly French, and essentially Parisian, in her
style. The best of her exhibits is a portrait of a
young lady, La Dame aux Chrysanthemes. Her
other painting, Tea by the Fireside, is remarkable
for extreme delicacy of colouring, and is pervaded by
tender blue, vague green, and uncertain grey tones.
I must also here name Edmond de Palezieux, of
Vevey, whose large canvas, Forward, Boys/ reminds
one . somewhat of the fisher-scenes of the Danish
painter, Michael Ancher.

Among the German artists I can only cursorily
mention Caspar Ritter, of Marthalen, residing in
Carlsruhe, whose portrait of Dr. Angst is a speaking
and spirited likeness: firm, self-reliant, quick-
witted, and prompt at repartee, he stands there
before us, his hands in his pockets, nonchalant,