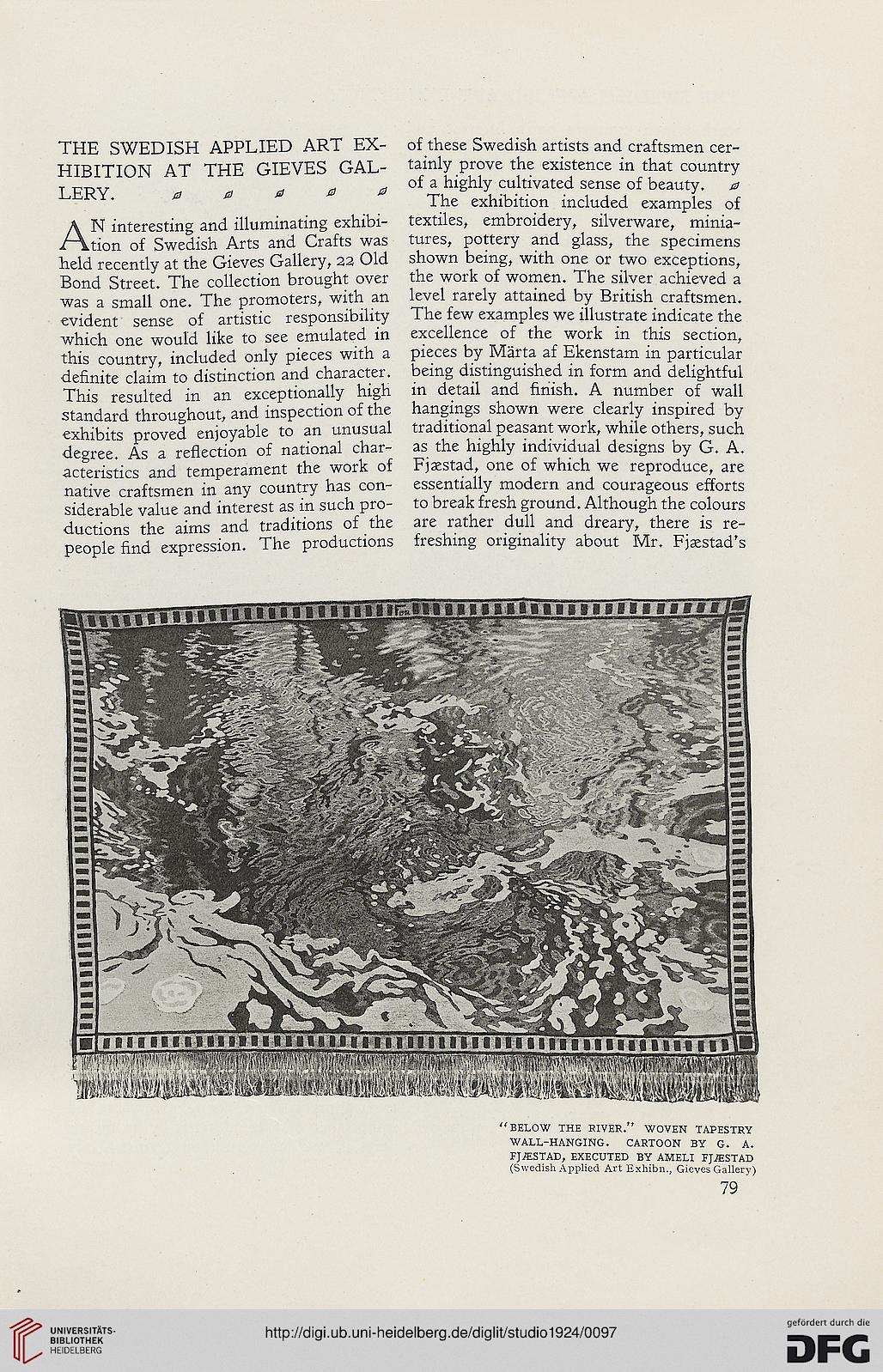 AN interesting and illuminating exhibi-
tion of Swedish Arts and Crafts was
held recently at the Gieves Gallery, 22 Old
Bond Street. The collection brought over
was a small one. The promoters, with an
evident sense of artistic responsibility
which one would like to see emulated in
this country, included only pieces with a
definite claim to distinction and character.
This resulted in an exceptionally high
standard throughout, and inspection of the
exhibits proved enjoyable to an unusual
degree. As a reflection of national char-
acteristics and temperament the work of
native craftsmen in any country has con-
siderable value and interest as in such pro-
ductions the aims and traditions of the
people find expression. The productions

of these Swedish artists and craftsmen cer-
tainly prove the existence in that country
of a highly cultivated sense of beauty. a
The exhibition included examples of
textiles, embroidery, silverware, minia-
tures, pottery and glass, the specimens
shown being, with one or two exceptions,
the work of women. The silver achieved a
level rarely attained by British craftsmen.
The few examples we illustrate indicate the
excellence of the work in this section,
pieces by Marta af Ekenstam in particular
being distinguished in form and delightful
in detail and finish. A number of wall
hangings shown were clearly inspired by
traditional peasant work, while others, such
as the highly individual designs by G. A.
Fjaestad, one of which we reproduce, are
essentially modern and courageous efforts
to break fresh ground. Although the colours
are rather dull and dreary, there is re-
freshing originality about Mr. Fjsestad's

"BELOW THE RIVER.” WOVEN TAPESTRY
WALL-HANGING. CARTOON BY G. A.
FJjESTAD, EXECUTED BY AMELI FJAsSTAD