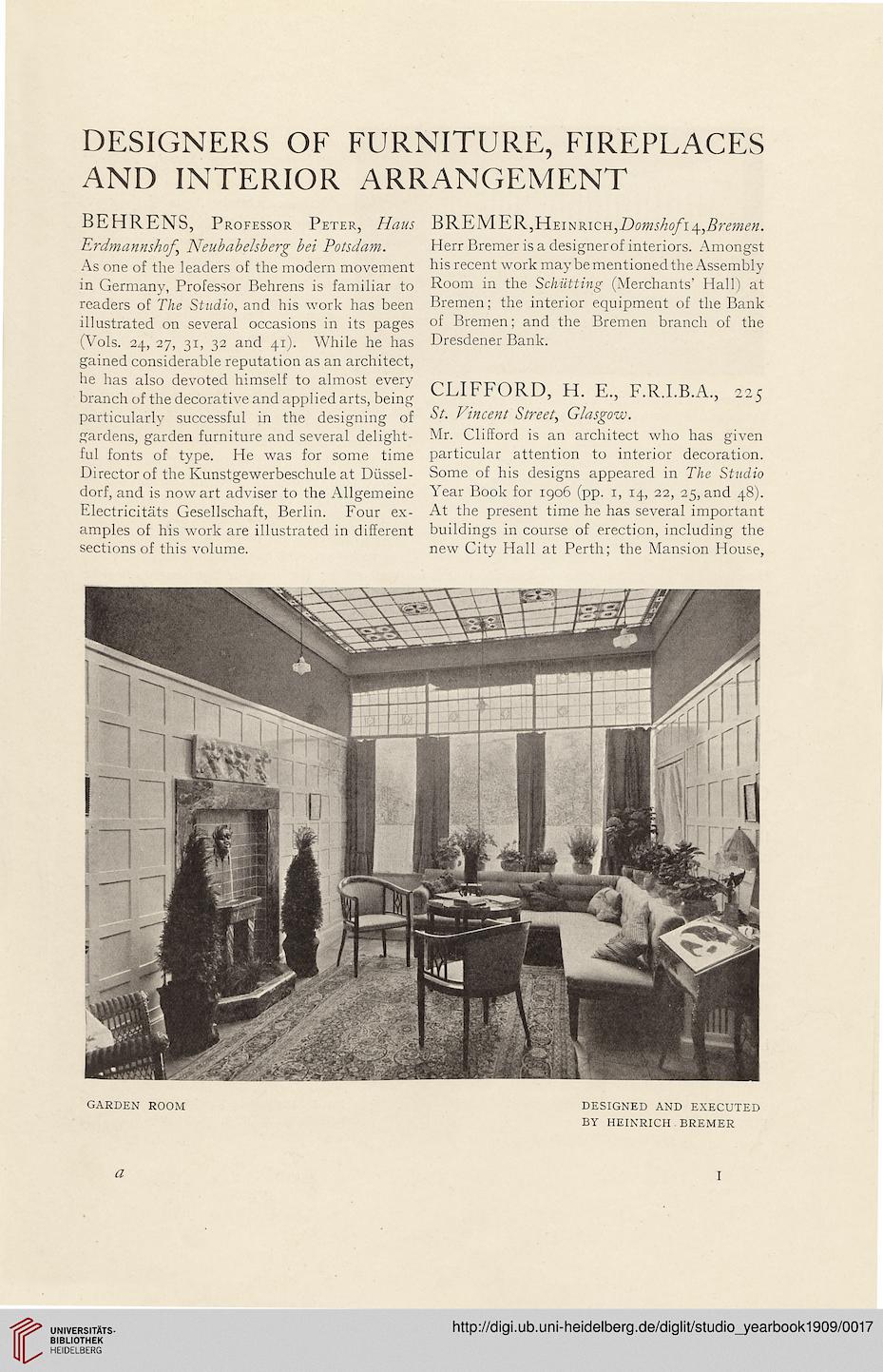 BEHRENS, Professor Peter, Haus
Erdmannshof Neubabelsberg bei Potsdam.
As one of the leaders of the modem movement
in Germany, Professor Behrens is familiar to
readers of The Studio, and his work has been
illustrated on several occasions in its pages
(Vols. 24, 27, 31, 32 and 41). While he has
gained considerable reputation as an architect,
he has also devoted himself to almost every
branch of the decorative and appl ied arts, being
particularly successful in the designing of
gardens, garden furniture and several delight-
ful fonts of type. He was for some time
Director of the Kunstgewerbeschule at Diissel-
dorf, and is nowart adviser to the Allgemeine
Electricitats Gesellschaft, Berlin. Four ex-
amples of his work are illustrated in different
sections of this volume.

B RE Mli R, Heinrich , Domshofi 4,Bremen.
Herr Bremer is a designerof interiors. Amongst
his recent work may be mentioned the Assembly
Room in the Scluitting (Merchants’ Hall) at
Bremen; the interior equipment of the Bank
of Bremen; and the Bremen branch of the
Dresdener Bank.
CLIFFORD, H. E., F.R.I.B.A., 225
St. Vincent Street, Glasgow.
Mr. Clifford is an architect who has given
particular attention to interior decoration.
Some of his designs appeared in The Studio
Year Book for 1906 (pp. 1, 14, 22, 25, and 48).
At the present time he has several important
buildings in course of erection, including the
new City Hall at Perth; the Mansion House,

DESIGNED AND EXECUTED
BY HEINRICH . BREMER