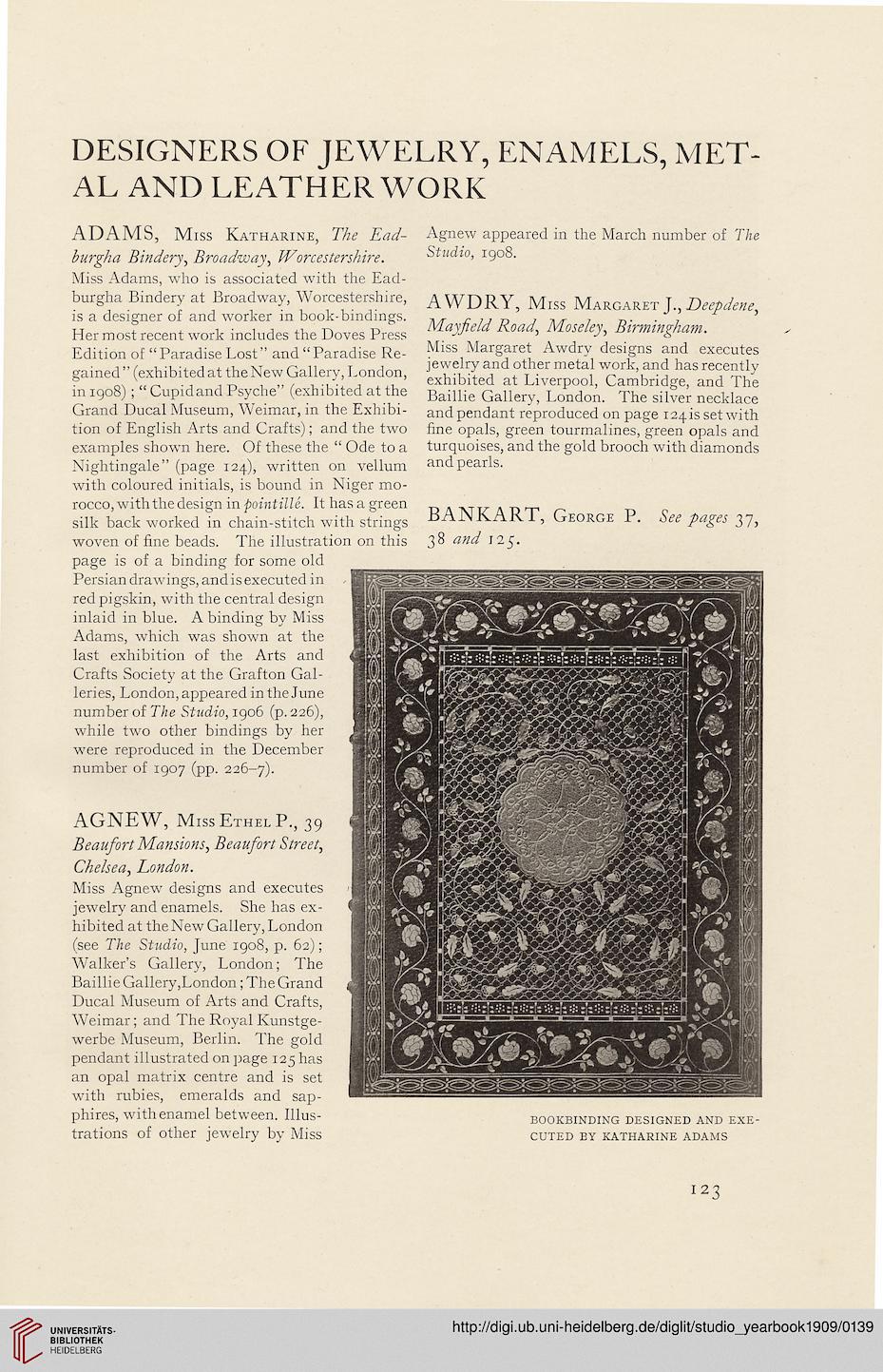 
ADAMS, Miss Katharine, The Ead-
hurgha Bindery, Broadway, Worcestershire.
Miss Adams, who is associated with the Ead-
burgha Bindery at Broadway, Worcestershire,
is a designer of and worker in book-bindings.
Her most recent work includes the Doves Press
Edition of “Paradise Lost” and “Paradise Re-
gained ” (exhibited at the New Gallery, London,
in 1908) ; “ Cupidand Psyche” (exhibited at the
Grand Ducal Museum, Weimar, in the Exhibi-
tion of English Arts and Crafts); and the two
examples shown here. Of these the “ Ode to a
Nightingale” (page 124), written on vellum
with coloured initials, is bound in Niger mo-
rocco, with the design in pointille. It has a green
silk back worked in chain-stitch with strings
woven of fine beads. The illustration on this
page is of a binding for some old
Persian drawings, and is executed in
red pigskin, with the central design
inlaid in blue. A binding by Miss
Adams, which was shown at the
last exhibition of the Arts and
Crafts Society at the Grafton Gal-
leries, London, appeared in the June
number of The Studio, 1906 (p. 226),
while two other bindings by her
were reproduced in the December
number of 1907 (pp. 226-7).

Agnew appeared in the March number of The
Studio, 1908.
AWDRY, Miss Margaret JDeepdene,
Mayfield Road, Moseley, Birmingham.
Miss Margaret Awdrv designs and executes
jewelry and other metal work, and has recently
exhibited at Liverpool, Cambridge, and The
Baillie Gallery, London. The silver necklace
and pendant reproduced on page i24is set with
fine opals, green tourmalines, green opals and
turquoises, and the gold brooch with diamonds
and pearls.
BANKART, George P. See pages 37,
38 and 125.