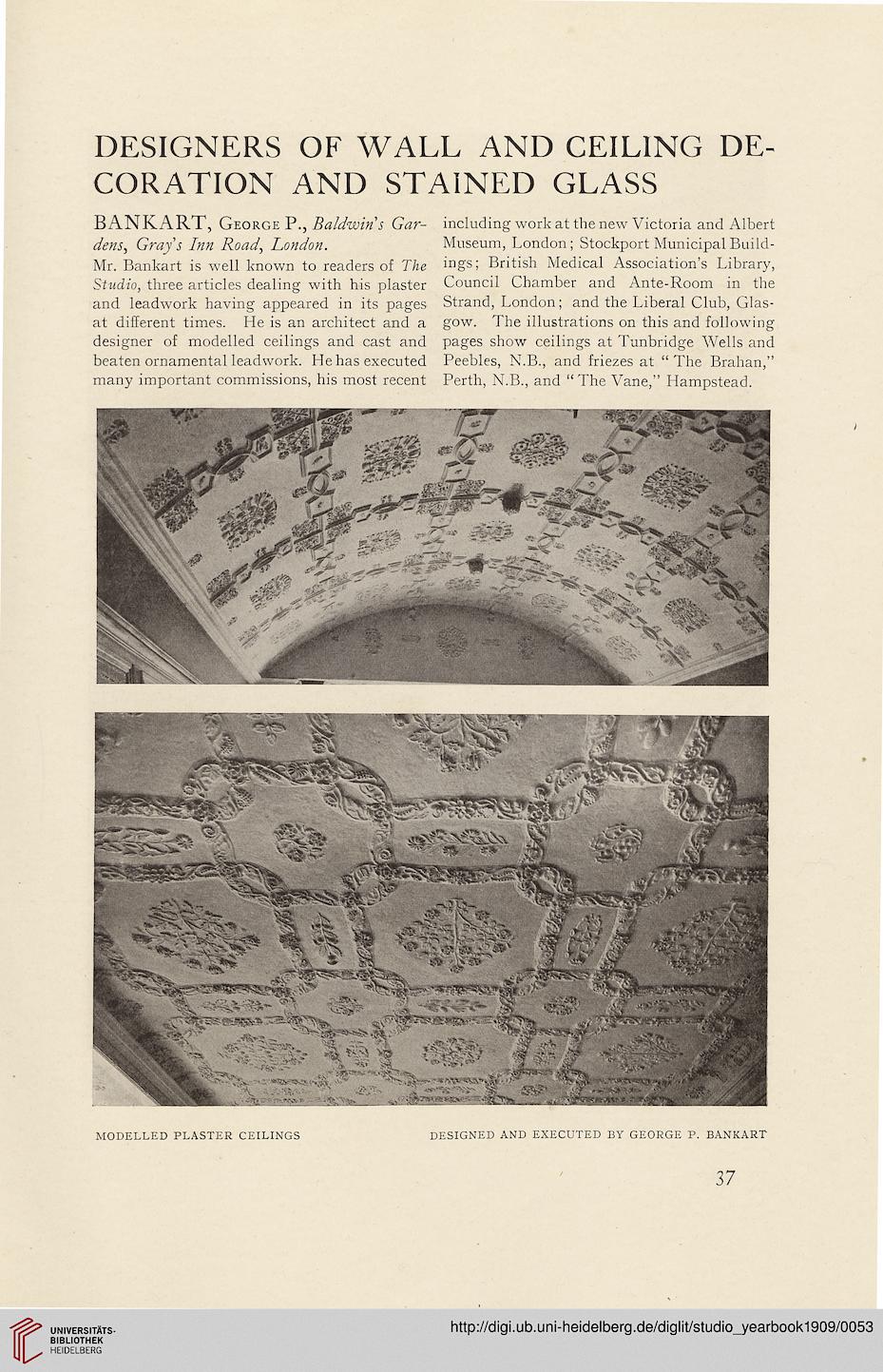 BANKART, George P., Baldwins Gar-
dens, Gray s Inn Road, London.
Mr. Bankart is well known to readers of The
Studio, three articles dealing with his plaster
and leadwork having appeared in its pages
at different times. He is an architect and a
designer of modelled ceilings and cast and
beaten ornamental leadwork. He has executed
many important commissions, his most recent

including work at the new Victoria and Albert
Museum, London; Stockport Municipal Build-
ings; British Medical Association’s Library,
Council Chamber and Ante-Room in the
Strand, London; and the Liberal Club, Glas-
gow. The illustrations on this and following
pages show ceilings at Tunbridge Wells and
Peebles, N.B., and friezes at “ The Brahan,”
Perth, N.B., and “ The Vane,” Hampstead.