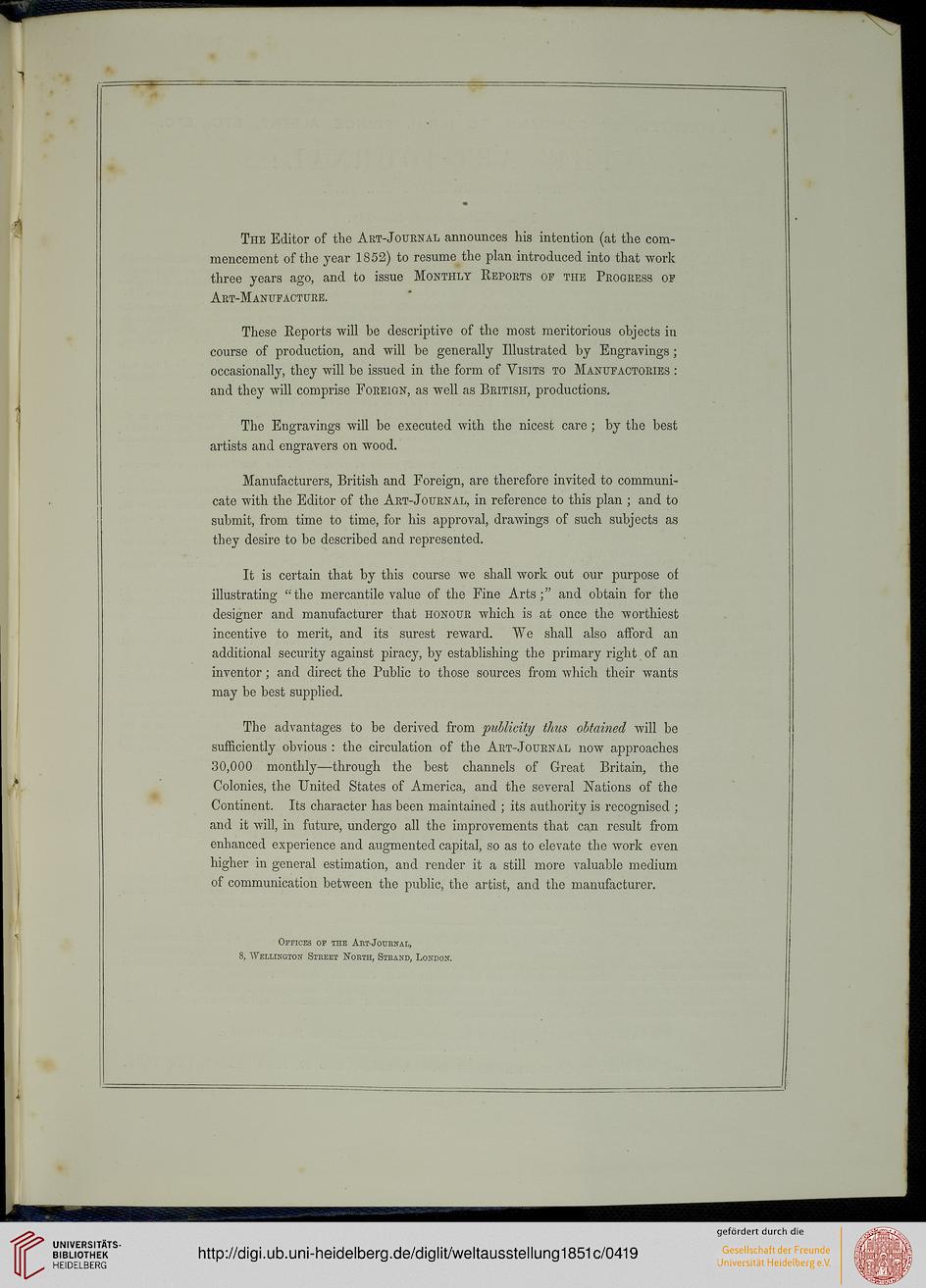 Information about OCR text
The Editor of the Art-Journal announces his intention (at the com-
mencement of the year 1852) to resume the plan introduced into that work
three years ago, and to issue Monthly Reports op the Progress op
Art-Manufacture.

These Reports will be descriptive of the most meritorious objects in
course of production, and will be generally Illustrated by Engravings;
occasionally, they will be issued in the form of Visits to Manufactories :
and they will comprise Foreign, as well as British, productions.

The Engravings will be executed with the nicest care; by the best
artists and engravers on wood.

Manufacturers, British and Foreign, are therefore invited to communi-
cate with the Editor of the Art-Journal, in reference to this plan ; and to
submit, from time to time, for his approval, drawings of such subjects as
they desire to be described and represented.

It is certain that by this course we shall work out our purpose of
illustrating "the mercantile value of the Fine Arts:" and obtain for the
designer and manufacturer that honour which is at once the worthiest
incentive to merit, and its surest reward. We shall also afford an
additional security against piracy, by establishing the primary right of an
inventor; and direct the Public to those sources from which their wants
may be best supplied.

The advantages to be derived from publicity thus obtained will be
sufficiently obvious : the circulation of the Art-Journal now approaches
30,000 monthly—through the best channels of Great Britain, the
Colonies, the United States of America, and the several Nations of the
Continent. Its character has been maintained ; its authority is recognised ;
and it will, in future, undergo all the improvements that can result from
enhanced experience and augmented capital, so as to elevate the work even
higher in general estimation, and render it a still more valuable medium
of communication between the public, the artist, and the manufacturer.