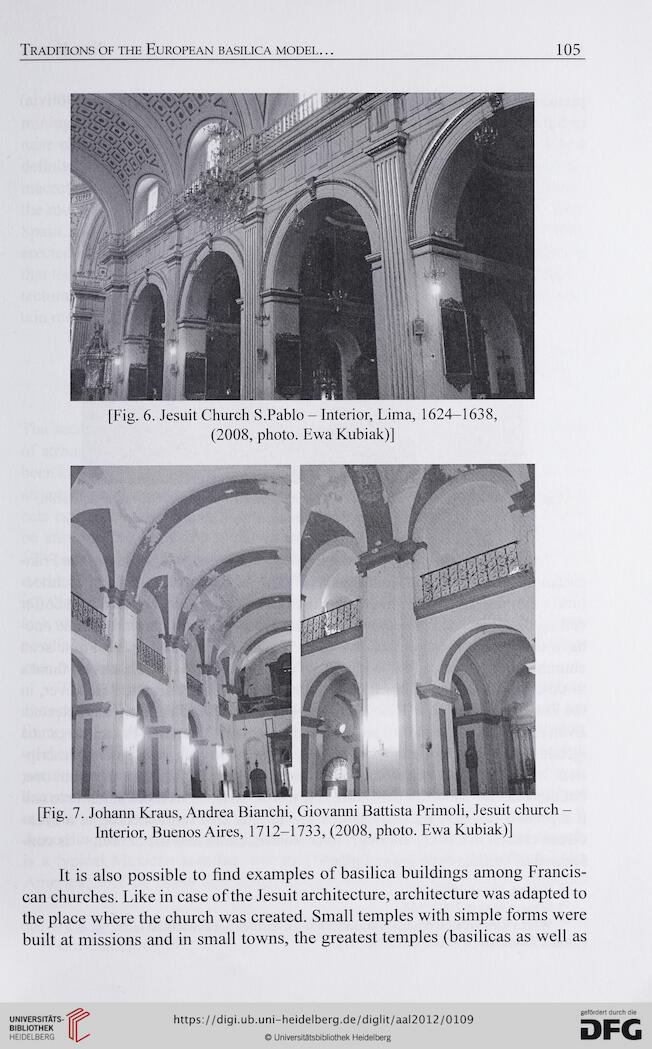 It is also possible to find examples of basilica buildings among Francis-
can churches. Like in case of the Jesuit architecture, architecture was adapted to
the place where the church was created. Small temples with simple forms were
built at missions and in small towns, the greatest temples (basilicas as well as