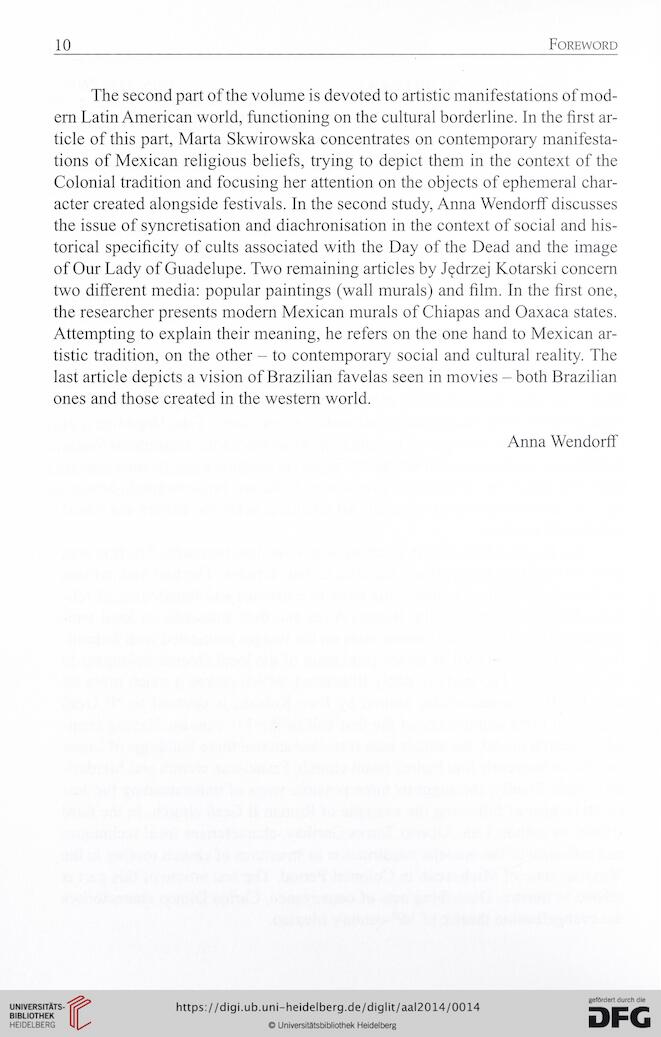 The second part of the volume is devoted to artistic manifestations of mod-
em Latin American world, functioning on the cultural borderline. In the first ar-
ticle of this part, Marta Skwirowska concentrates on contemporary manifesta-
tions of Mexican religious beliefs, dying to depict them in the context of the
Colonial tradition and focusing her attention on the objects of ephemeral char-
acter created alongside festivals. In the second study, Anna Wendorff discusses
the issue of syncretisation and diachronisation in the context of social and his-
torical specificity of cults associated with the Day of the Dead and the image
of Our Lady of Guadelupe. Two remaining articles by Jędrzej Kotarski concern
two different media: popular paintings (wall murals) and film. In the first one,
the researcher presents modern Mexican murals of Chiapas and Oaxaca states.
Attempting to explain their meaning, he refers on the one hand to Mexican ar-
tistic tradition, on the other - to contemporary social and cultural reality. The
last article depicts a vision of Brazilian favelas seen in movies - both Brazilian
ones and those created in the western world.
Anna Wendorff