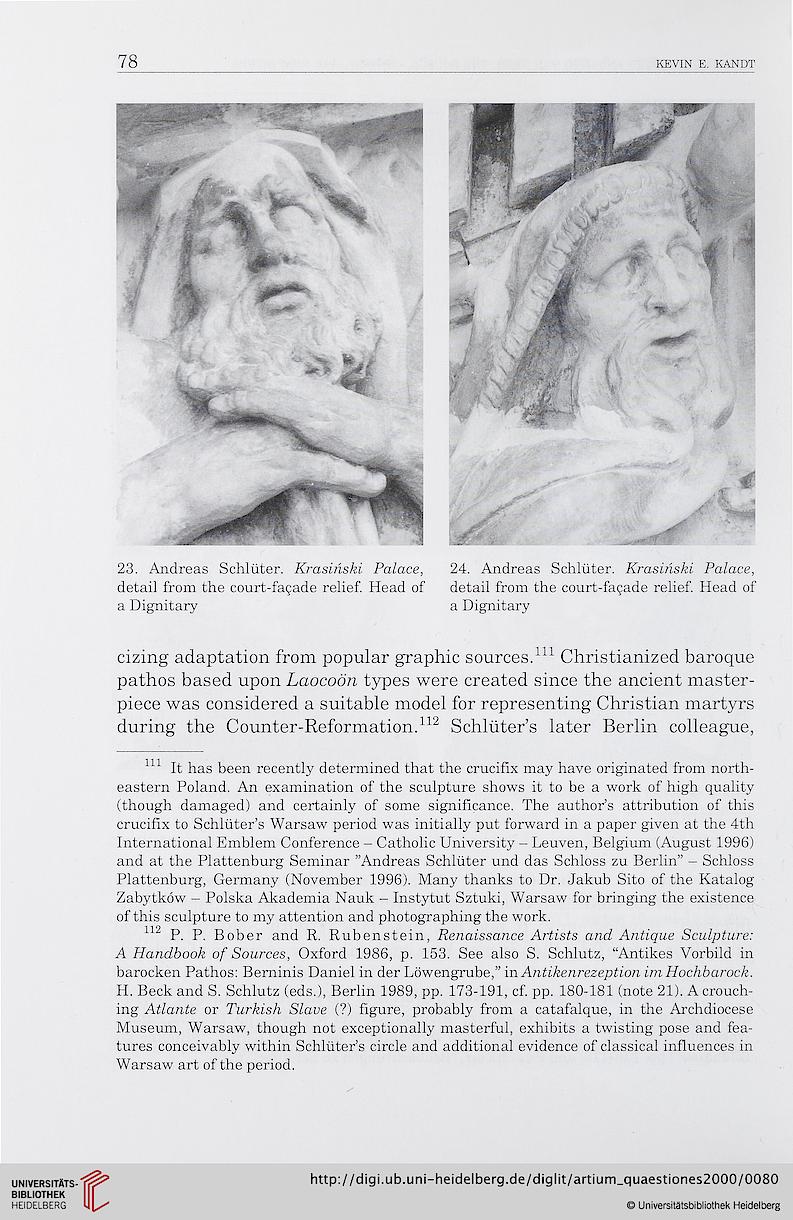 cizing adaptation from popular graphie sources.111 Christianized baroque
pathos based upon Laocoôn types were created since the ancient master-
piece was considered a suitable model for representing Christian martyrs
during the Counter-Reformation.112 Schlüter’s later Berlin colleague,

111 It has been recently determined that the crucifix may hâve originated from north-
eastern Poland. An examination of the sculpture shows it to be a work of high quality
(though damaged) and certainly of some signifïcance. The author’s attribution of this
crucifix to Schlüter’s Warsaw period was initially put forward in a paper given at the 4th
International Emblem Conférence - Catholic University - Leuven, Belgium (August 1996)
and at the Plattenburg Seminar "Andréas Schlüter und das Schloss zu Berlin” - Schloss
Plattenburg, Germany (November 1996). Many thanks to Dr. Jakub Sito of the Katalog
Zabytkow - Polska Akademia Nauk - Instytut Sztuki, Warsaw for bringing the existence
of this sculpture to my attention and photographing the work.