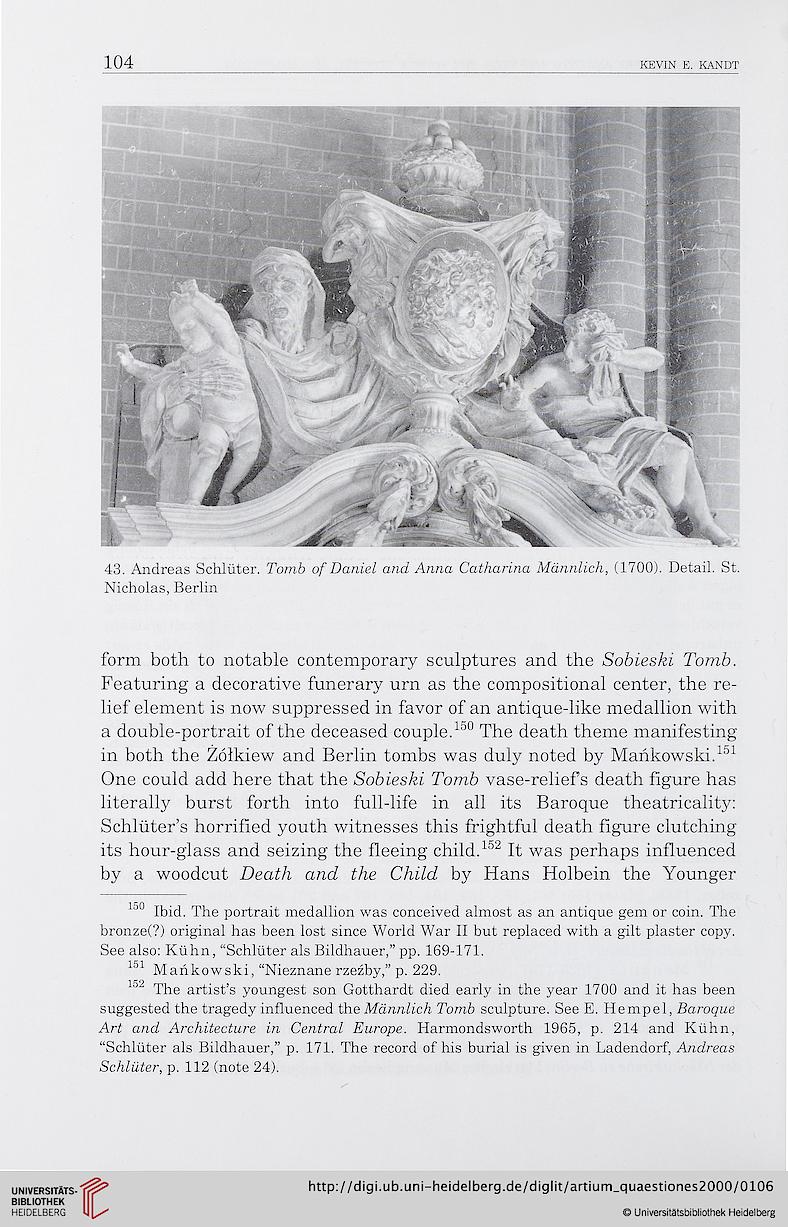 form both to notable contemporary sculptures and the Sobieski Tomb.
Featuring a décorative funerary urn as the compositional center, the re-
lief element is now suppressed in favor of an antique-like medallion with
a double-portrait of the deceased couple.150 The death theme manifesting
in both the Zôlkiew and Berlin tombs was duly noted by Mankowski.101
One could add here that the Sobieski Tomb vase-reliefs death figure has
literally burst forth into full-life in ail its Baroque theatricality:
Schlüter’s horrifïed youth witnesses this ffightful death figure clutching
its hour-glass and seizing the fleeing child.* 151 152 It was perhaps influenced
by a woodcut Death and the Child by Hans Holbein the Younger

l0° Ibid. The portrait medallion was conceived almost as an antique gem or coin. The
bronze(?) original has been lost since World War II but replaced with a gilt plaster copy.
See also: Kühn, “Schlüter als Bildhauer,” pp. 169-171.

152 The artist’s youngest son Gotthardt died early in the year 1700 and it has been
suggested the tragedy influenced the Mànnlich Tomb sculpture. See E. Hempel, Baroque
Art and Architecture in Central Europe. Harmondsworth 1965, p. 214 and Kühn,
“Schlüter als Bildhauer,” p. 171. The record of his burial is given in Ladendorf, Andréas
Schlüter, p. 112 (note 24).