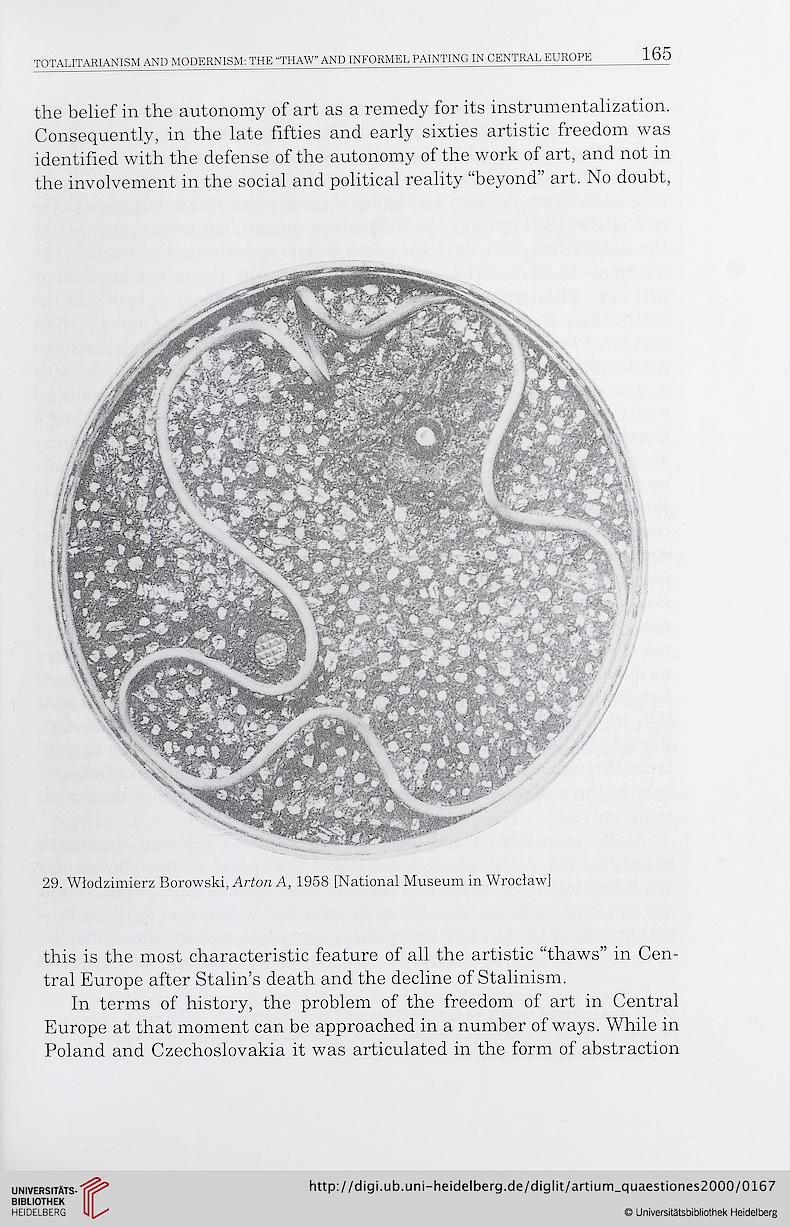 the belief in the autonomy of art as a remedy for its instrumentalization.
Consequently, in the late fîfties and early sixties artistic freedom was
identifîed with the defense of the autonomy of the work of art, and not in
the involvement in the social and political reality “beyond” art. No doubt,

this is the most characteristic feature of ail the artistic “thaws” in Cen-
tral Europe after Stalin’s death and the décliné of Stalinism.

In terms of history, the problem of the freedom of art in Central
Europe at that moment can be approached in a number of ways. While in
Poland and Czechoslovakia it was articulated in the form of abstraction