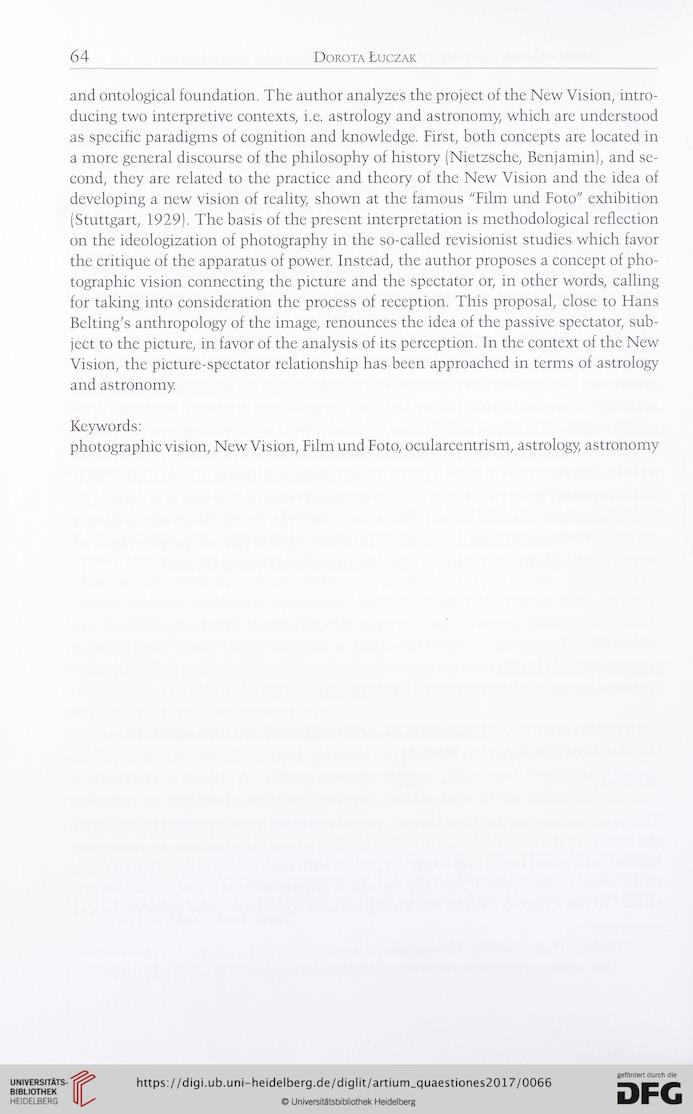 and ontological foundation. The author analyzes the project of the New Vision, intro-
ducing two interpretive contexts, i.e. astrology and astronomy which are understood
as specific paradigms of cognition and knowledge. First, both concepts are located in
a more general discourse of the philosophy of history (Nietzsche, Benjamin), and se-
cond, they are related to the practice and theory of the New Vision and the idea of
developing a new vision of reality, shown at the famous "Film und Foto" exhibition
(Stuttgart, 1929). The basis of the present interpretation is methodological reflection
on the ideologization of photography in the so-called revisionist studies which favor
the critique of the apparatus of power. Instead, the author proposes a concept of pho-
tographic vision connecting the picture and the spectator or, in other words, calling
for taking into consideration the process of reception. This proposal, close to Hans
Belting's anthropology of the image, renounces the idea of the passive spectator, sub-
ject to the picture, in favor of the analysis of its perception. In the context of the New
Vision, the picture-spectator relationship has been approached in terms of astrology
and astronomy
Keywords:
photographic vision, New Vision, Film und Foto, ocularcentrism, astrology astronomy