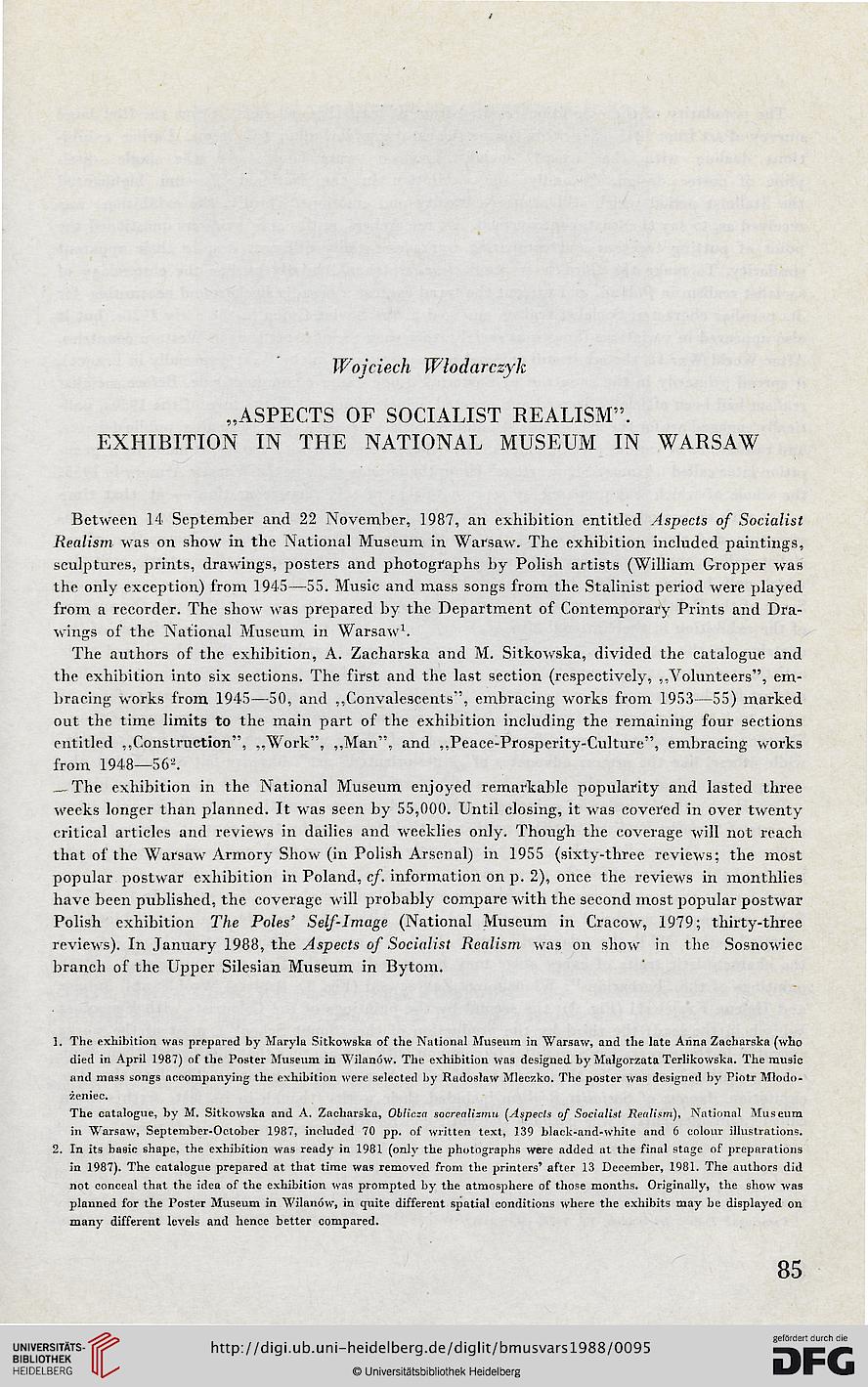 „ASPECTS OF SOCIALIST REALISM".
EXHIBITION IN THE NATIONAL MUSEUM IN WARSAW

Between 14 September and 22 November, 1987, an exhibition entitled Aspecls of Socialist
Realism was on show in thc National Museum in Warsaw. The oxhibition included paintings,
sculptures, prints, drawings, posters and photographs by Polish artists (William Gropper was
the only exception) from 1945—55. Musie and mass songs from the Stalinist period were played
from a recorder. The show was prepared by the Department of Contemporary Prints and Dra-
wings of the National Museum in Warsaw1.

_- The exhibition in the National Museum enjoyed remarkable popularity and lasted three
weeks longer than planned. It was scen by 55,000. Until closing, it was covercd in over twenty
critical articles and reviews in dailies and weeklies only. Though the coverage will not reach
that of the Warsaw Armory Show (in Polish Arsenał) in 1955 (sixty-three reviews; the most
popular postwar exhibition in Poland, cf. information on p. 2), once the reviews in monthlies
have been published, the coveragc will probably compare with the second most popular postwar
Polish exhibition The Pohs' Self-Image (National Museum in Cracow, 1979; thirty-three
reviews). In January 1988, the Aspects of Socialist Realism was on show in the Sosnowiec
branch of the Upper Silesian Museum in Bytom.

2. In its baeic shape, the exhibition was ready in 1981 (onlv thc photographs were added al the finał stage of preparations
in 1987). The catalogue prepared at that time was remoyed from the printers' after 13 Deeember, 1981. The authors did
not conceal that the idea of the exhibition was prompted by the atmosphere of those months. Originally, the show was
planned for the Poster Museum in Wilanów, in quite different spatial eonditions where the exhibits may be displayed on
many different levels and hence better compared.