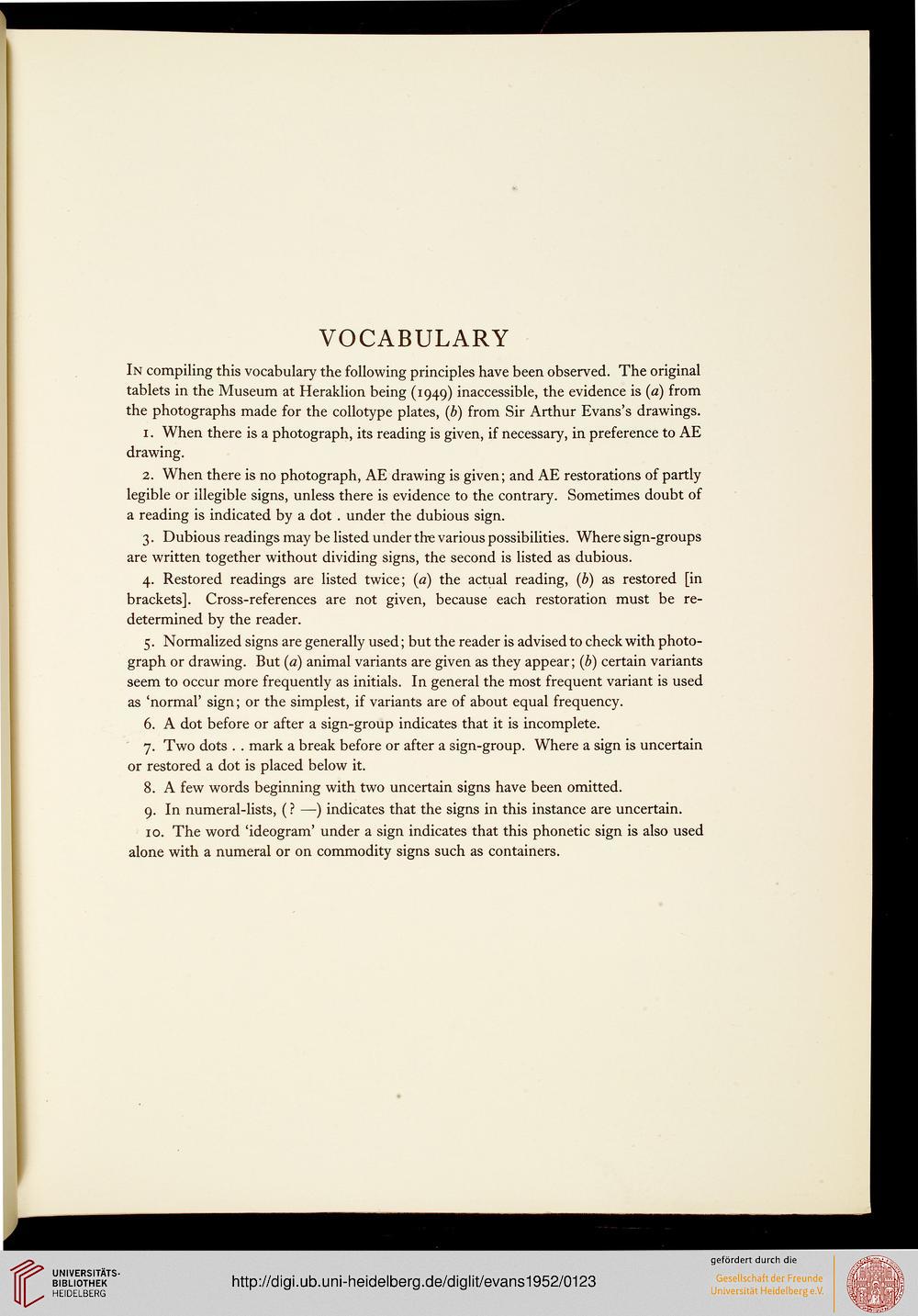 In compiling this vocabulary the following principles have been observed. The original
tablets in the Museum at Heraklion being (1949) inaccessible, the evidence is (a) from
the photographs made for the collotype plates, (b) from Sir Arthur Evans's drawings.

1. When there is a photograph, its reading is given, if necessary, in preference to AE
drawing.

2. When there is no photograph, AE drawing is given; and AE restorations of partly
legible or illegible signs, unless there is evidence to the contrary. Sometimes doubt of
a reading is indicated by a dot . under the dubious sign.

3. Dubious readings may be listed under the various possibilities. Where sign-groups
are written together without dividing signs, the second is listed as dubious.

4. Restored readings are listed twice; (a) the actual reading, (b) as restored [in
brackets]. Cross-references are not given, because each restoration must be re-
determined by the reader.

5. Normalized signs are generally used; but the reader is advised to check with photo-
graph or drawing. But (a) animal variants are given as they appear; (b) certain variants
seem to occur more frequently as initials. In general the most frequent variant is used
as 'normal' sign; or the simplest, if variants are of about equal frequency.

6. A dot before or after a sign-group indicates that it is incomplete.

7. Two dots . . mark a break before or after a sign-group. Where a sign is uncertain
or restored a dot is placed below it.

8. A few words beginning with two uncertain signs have been omitted.

9. In numeral-lists, (? —) indicates that the signs in this instance are uncertain.

10. The word 'ideogram' under a sign indicates that this phonetic sign is also used
alone with a numeral or on commodity signs such as containers.