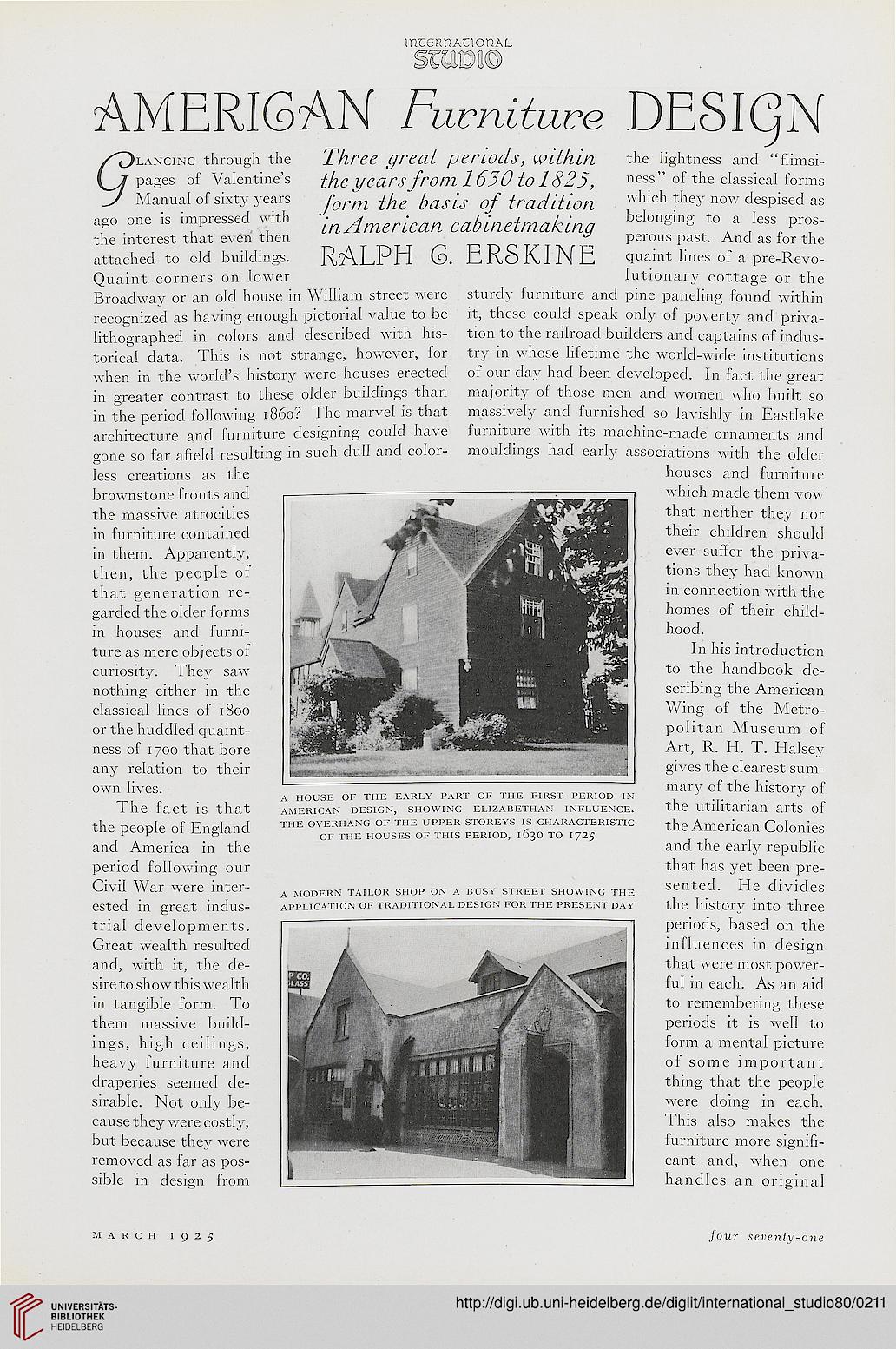 /^lancing through the Three great perwds, Within the lightness and "flimsi-
er pages of Valentine's the years from 1630 to 1825, ness" of the classical forms
J Manual of sixty years form the basis of tradition which they now despised as

ago one is impressed with . American cabinetmaking hdon^ t0 a }essr Pr<f

the interest that even then ~ perous past. And as for the

Quaint corners on lower Iutionary cottage or the

recognized as having enough pictorial value to be it, these could speak only of poverty and priva-

torical data. This is not strange, however, for try in whose lifetime the world-wide institutions

when in the world's history were houses erected of our day had been developed. In fact the great

in the period following i860? The marvel is that massively and furnished so lavishly in Eastlake

houses and furniture
which made them vow
that neither they nor
their children should
ever suffer the priva-
tions they had known
in connection with the
homes of their child-
hood.

In his introduction
to the handbook de-
scribing the American
Wing of the Metro-
politan Museum of
Art, R. H. T. Halsey
gives the clearest sum-
mary of the history of

+p>« ™™T» „f p„„U„,l the overhang of the upper storeys is characteristic the American Colonics
tne people ol Lnglancl of the houses of this period, 1630 to 1725

and America in the and the early republic

period following our that has Yet been P™-

Civil War were inter- a modern tailor shop on a busy street showing the sented. He divides

trial developments. I-j periods, based on the

brownstone fronts and
the massive atrocities
in furniture contained
in them. Apparently,
then, the people of
that generation re-
garded the older forms
in houses and furni-
ture as mere objects of
curiosity. They saw
nothing either in the
classical lines of 1800
or the huddled quaint-
ness of 1700 that bore
any relation to their

sire to show this wealth

ful in each. As an aid
to remembering these

in tangible form. To

them massive build- / Jj periods it is well to

cause they were costly, STTWH SaAwH&lijlll M This also makes the

furniture more signifi-
cant and, when one
handles an original