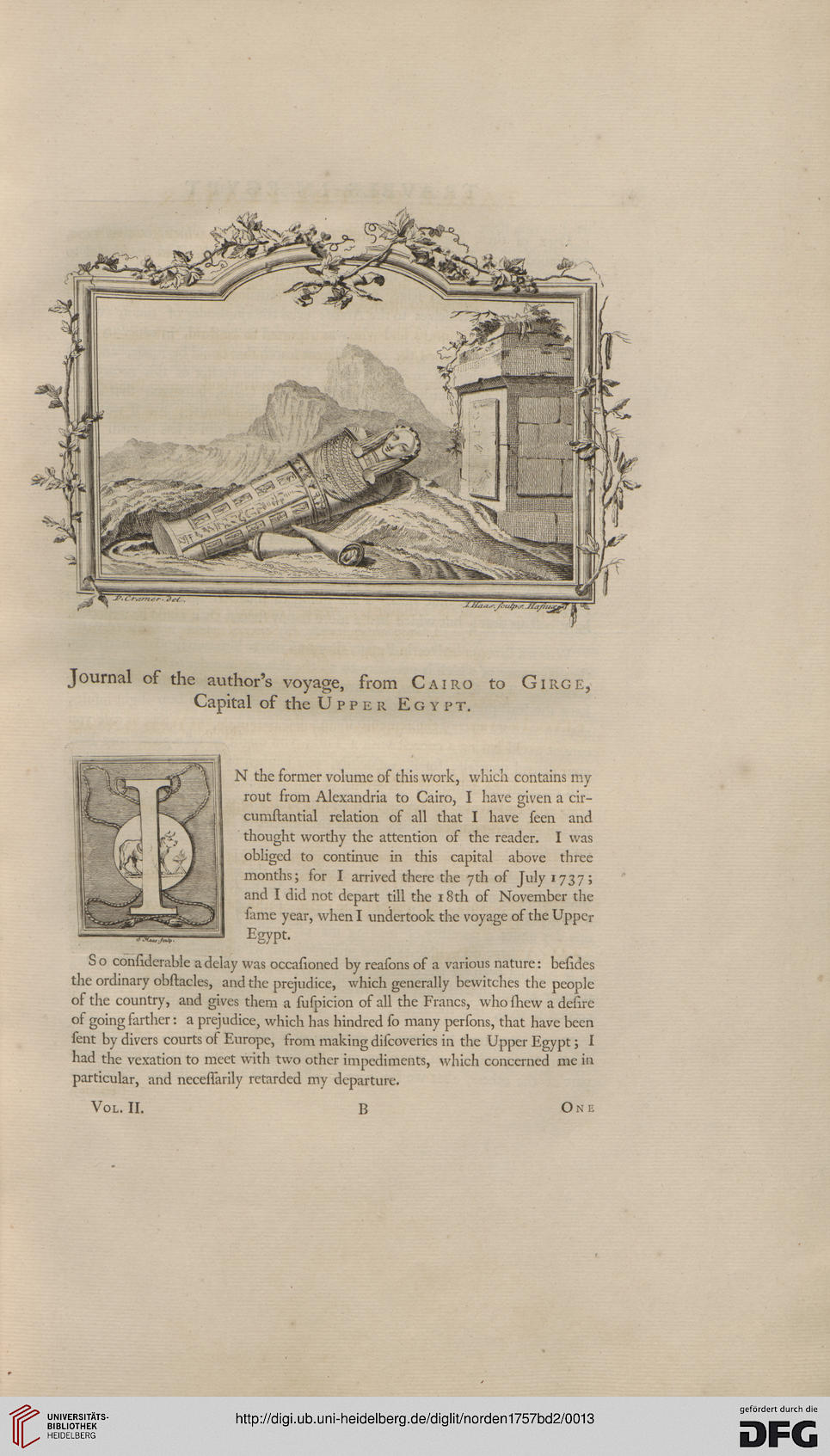 
N the sormer volume os this work, which contains my
rout srom Alexandria to Cairo, I have given a cir-
cumstantial relation os all that I have seen and
thought worthy the attention os the reader. I was
obliged to continue in this capital above three
months; sor I arrived there the 7th os July 1737;
and I did not depart till the 18 th of November the
same year, when I undertook the voyage of the Upper
Egypt.
S o considerable a delay was occasioned by reasons of a various nature: besides
the ordinary obftacles, and the prejudice, which generally bewitches the people
of the country, and gives them a fufpicion of all the Francs, who fhew a desire
of going farther: a prejudice, which has hindred fo many persons, that have been
fent by divers courts of Europe, from making difcoveries in the Upper Egypt; I
had the vexation to meet with two other impediments, which concerned me in
particular, and neceflarily retarded my departure.