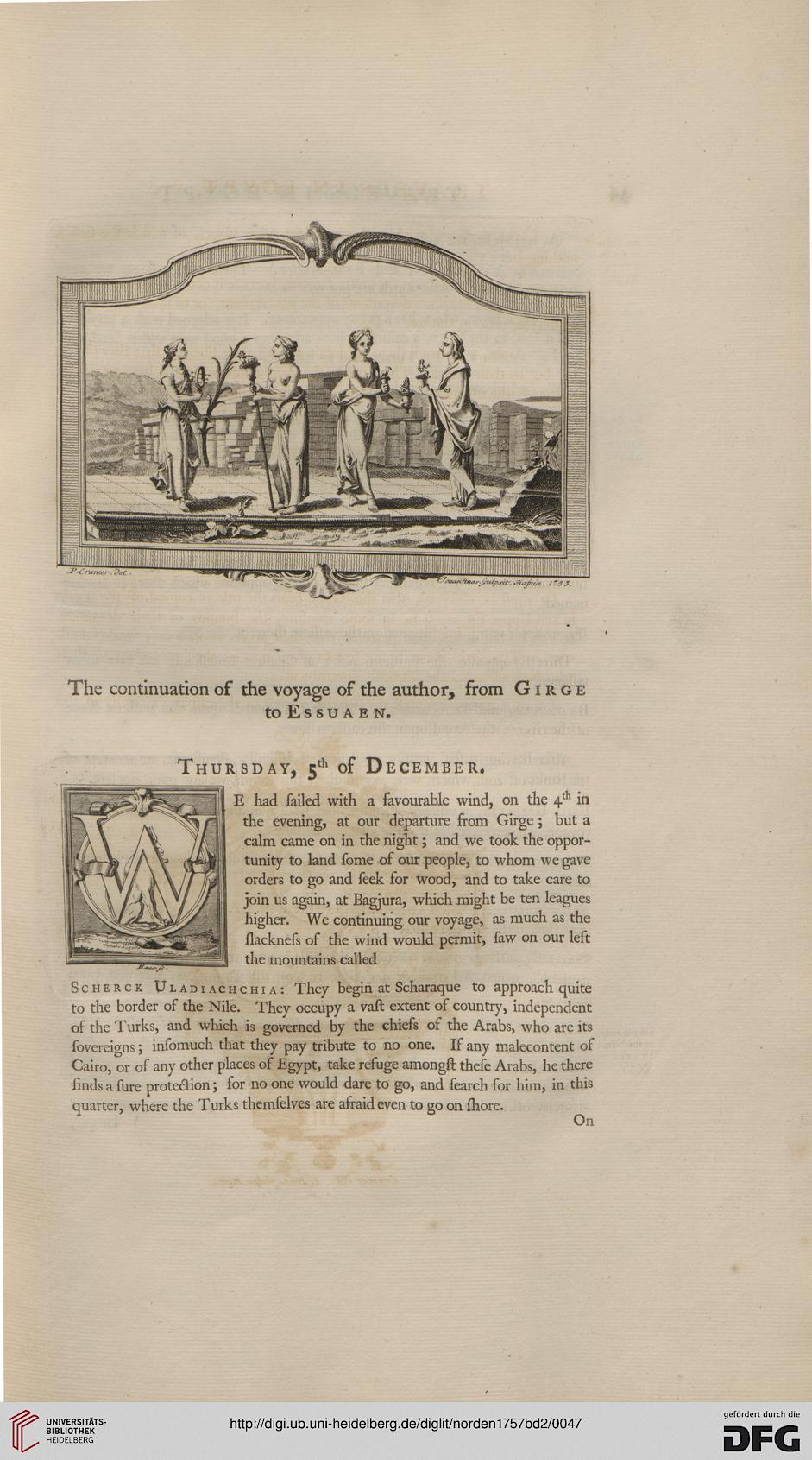 The continuation of the voyage of the author, from Girge
toEsSUAEN.

Thursday, 5th of December.
E had sailed with a favourable wind, on the 4th in
the evening, at our departure from Girge; but a
calm came on in the night; and we took the oppor-
tunity to land some of our people, to whom we gave
orders to go and seek for wood, and to take care to
join us again, at Bagjura, which might be ten leagues
higher. We continuing our voyage, as much as the
ssackness of the wind would permit, saw on our left
the mountains called
Scherck Uladiachchia: They begin at Scharaque to approach quite
to the border of the Nile. They occupy a vast extent os country, independent
of the Turks, and which is governed by the chiefs of the Arabs, who are its
sovereigns; insomuch that they pay tribute to no one. If any malecontent of
Cairo, or of any other places os Egypt, take refuge amongst these Arabs, he there
finds a sure protection; for no one would dare to go, and search for him, in this
quarter, where the Turks themselves are afraid even to go on more.
On