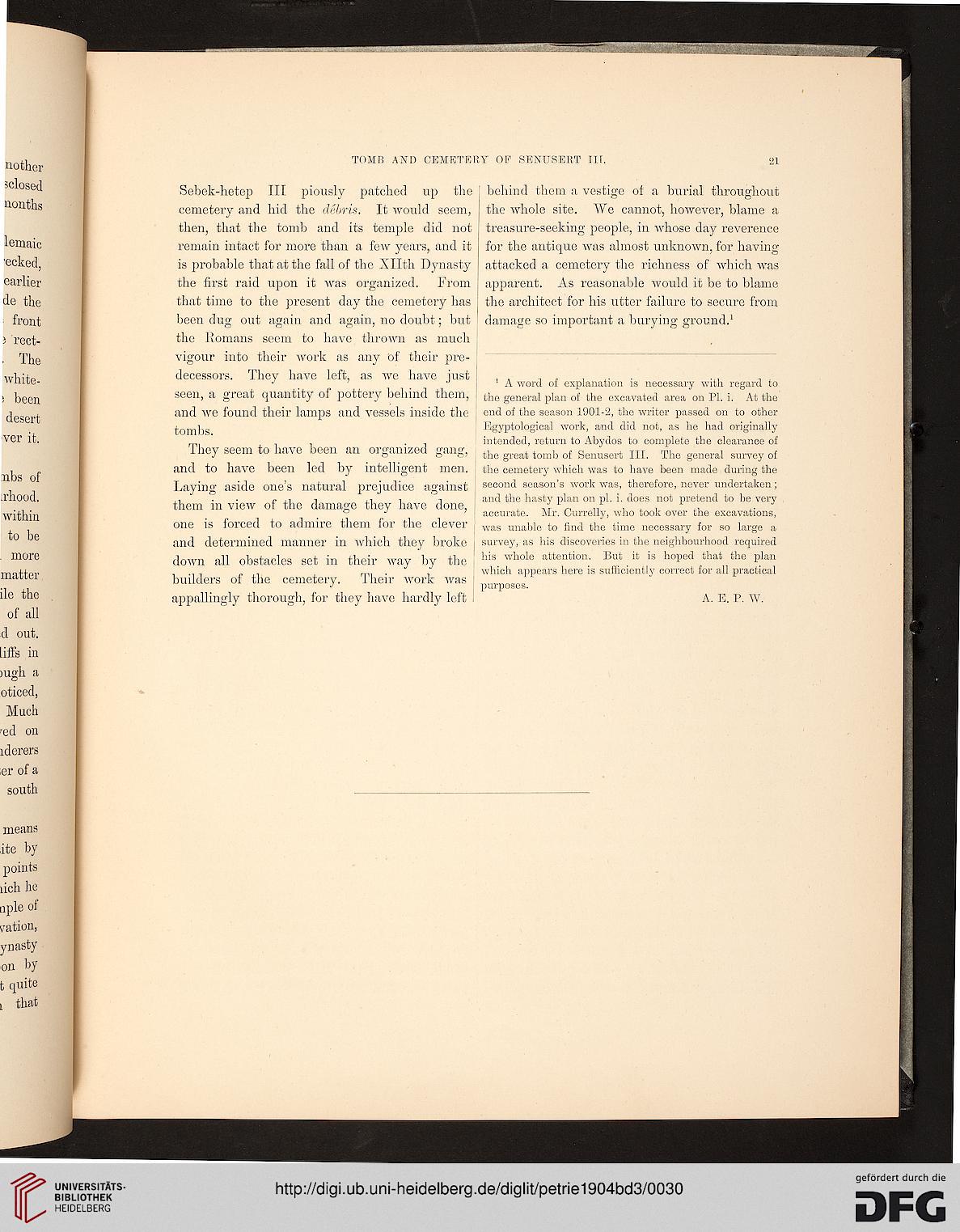 Sebek-lietep III piously patched up the
cemetery and hid the debris. It would seem,
then, that the tomb and its temple did not
remain intact for more than a few years, and it
is probable that at the fall of the Xllth Dynasty
the first raid upon it was organized. From
that time to the present day the cemetery has
been dug out again and again, no doubt; but
the Romans seem to have thrown as much
vigour into their work as any of their pre-
decessors. They have left, as we have just
seen, a great quantity of pottery behind them,
and we found their lamps and vessels inside the
tombs.

They seem to have been an organized gang,
and to have been led by intelligent men.
Laying aside one's natural prejudice against
them in view of the damage they have done,
one is forced to admire them for the clever
and determined manner in which they broke
down all obstacles set in their way by the |
builders of the cemetery. Their work was |
appallingly thorough, for they have hardly left I

behind them a vestige of a burial throughout
the whole site. We cannot, however, blame a
treasure-seeking people, in whose day reverence
for the antique Avas almost unknown, for having
attacked a cemetery the richness of which was
apparent. As reasonable would it be to blame
the architect for his utter failure to secure from
damage so important a burying ground.1

1 A word of explanation is necessary with regard to
the general plan of the excavated area on PL i. At the
end of the season 1901-2, the writer passed on to other
Egyptological work, and did not, as he had originally
intended, return to Abydos to complete the clearance of
the great tomb of Senusert III. The general survey of
the cemetery which was to have been made during the
second season's work was, therefore, never undertaken;
and the hasty plan on pi. i. does not pretend to be very
aceurate. Mr. Currelly, who took over the excavations,
was unable to find the time necessary for so large a
survey, as his discoveries in the neighbourhood required
his whole attention. But it is hoped that the plan
which appears here is sufficiently correct for all practical
purposes.