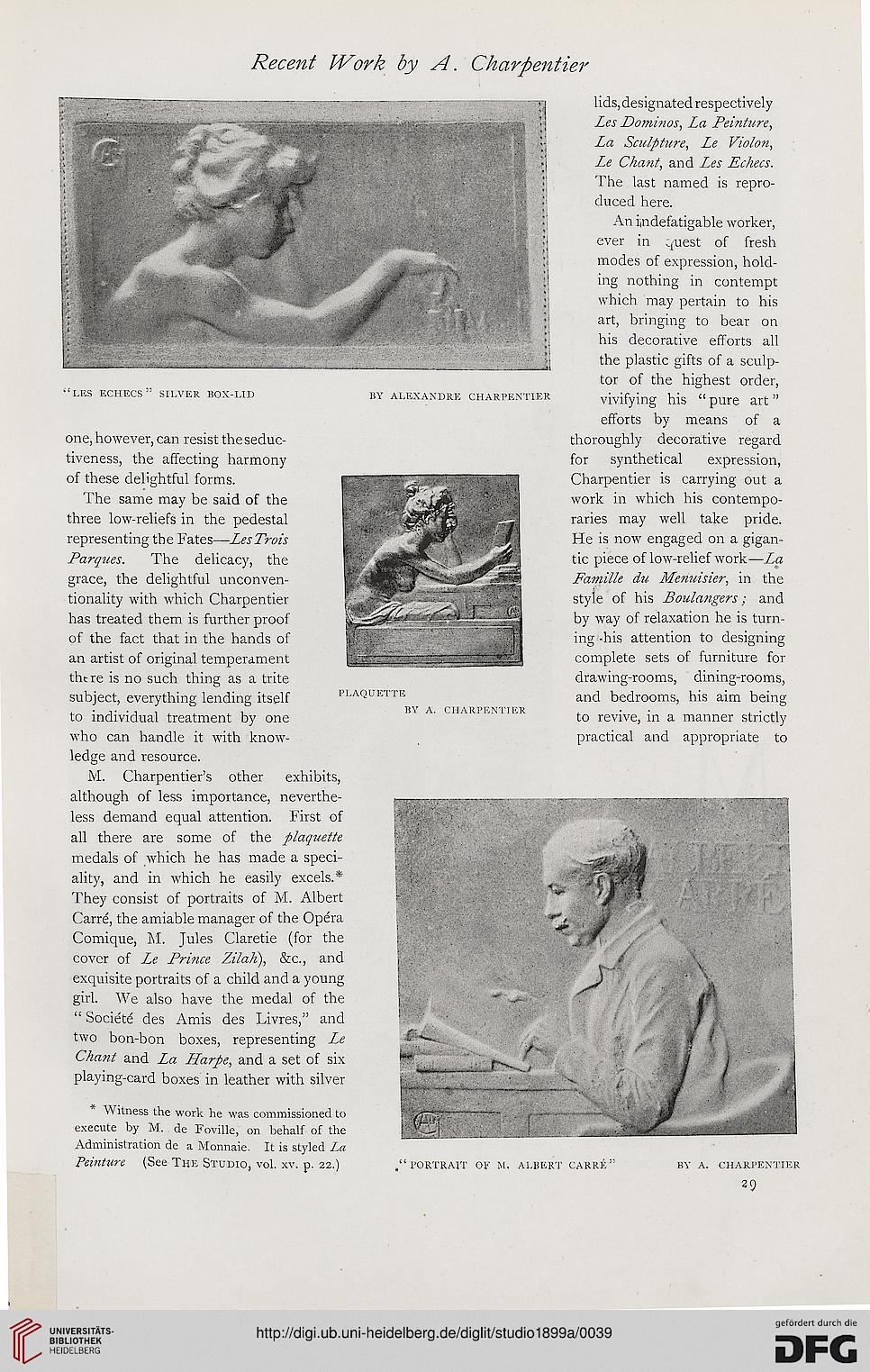 Information about OCR text
Recent Work by A. Charpentier

An indefatigable worker,
ever in Huest of fresh

ing nothing in contempt
which may pertain to his
art, bringing to bear on
his decorative efforts all

tor of the highest order,

efforts by means of a

one, however, can resist the seduc- thoroughly decorative regard

of these delightful forms. |HflK2PMHH||H Charpentier is carrying out a

The same may be said of the \ * , .jjfc work in which his contempo-

grace, the delightful unconven- W^KBP^jjSat^Sl Famille du Menuisier, in the

tionality with which Charpentier style of his Boulangers; and

an artist of original temperament ;_x-z==r: .« complete sets of furniture for

thtre is no such thing as a trite drawing-rooms, dining-rooms,

subject, everything lending itself plaquette and bedrooms, his aim being

to individual treatment by one ' ' to revive, in a manner strictly

who can handle it with know- practical and appropriate to
ledge and resource.

M. Charpentier's other exhibits,
although of less importance, neverthe-
less demand equal attention. First of
all there are some of the plaquette

medals of which he has made a speci- >ffljr*fytffl

ality, and in which he easily excels.* WMWMK$

Carre, the amiable manager of the Opera '' J. ^

exquisite portraits of a child and a young J \

execute by M. de Foville, on behalf of the IIEiHHii^H^IHE^^jHlMMMtftfii^HHH

Administration de a Monnaie. It is styled La