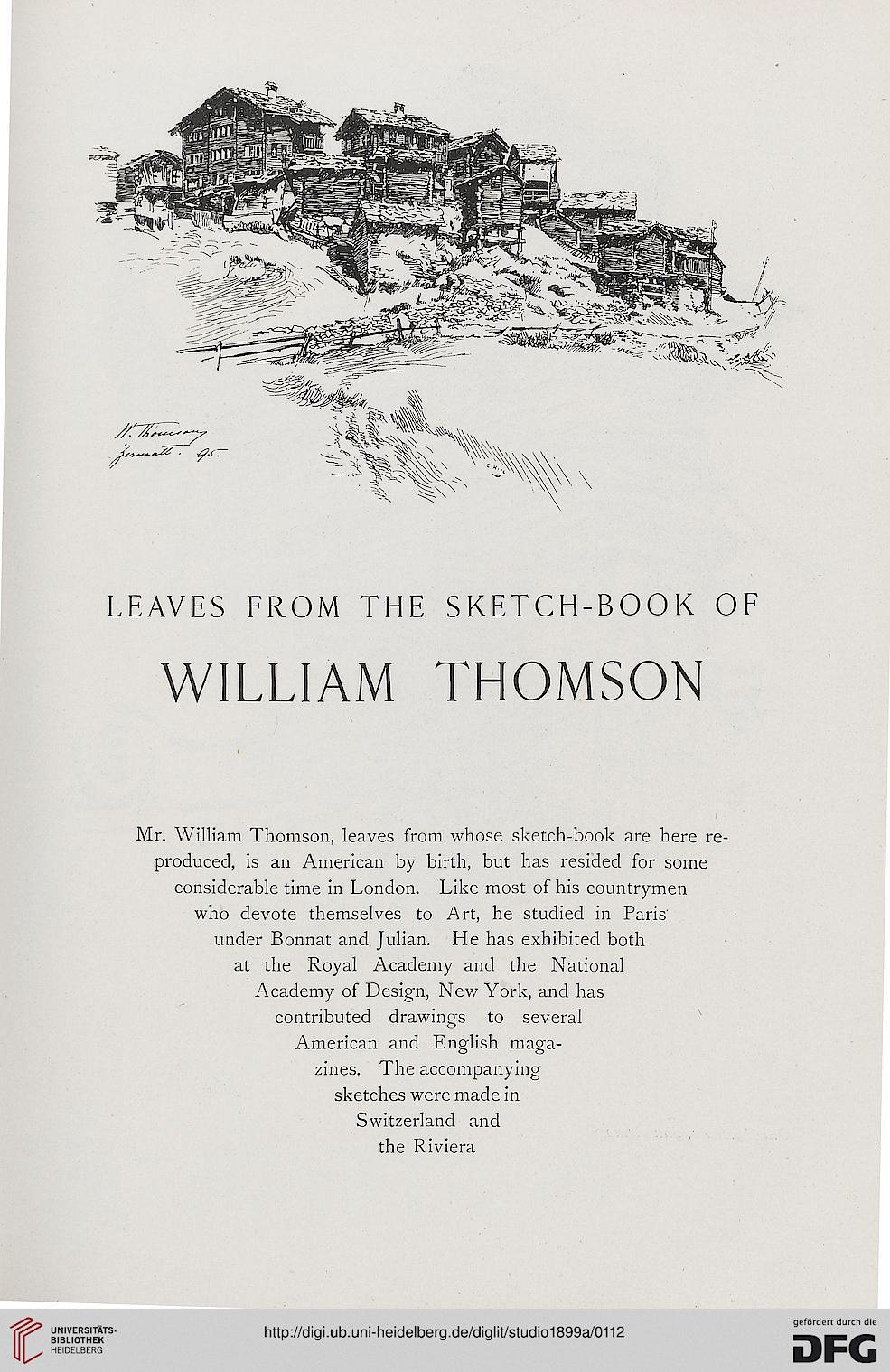 Mr. William Thomson, leaves from whose sketch-book are here re-
produced, is an American by birth, but has resided for some
considerable time in London. Like most of his countrymen
who devote themselves to Art, he studied in Paris'
under Bonnat and Julian. He has exhibited both
at the Royal Academy and the National
Academy of Design, New York, and has
contributed drawings to several
American and English maga-
zines. The accompanying
sketches were made in
Switzerland and
the Riviera