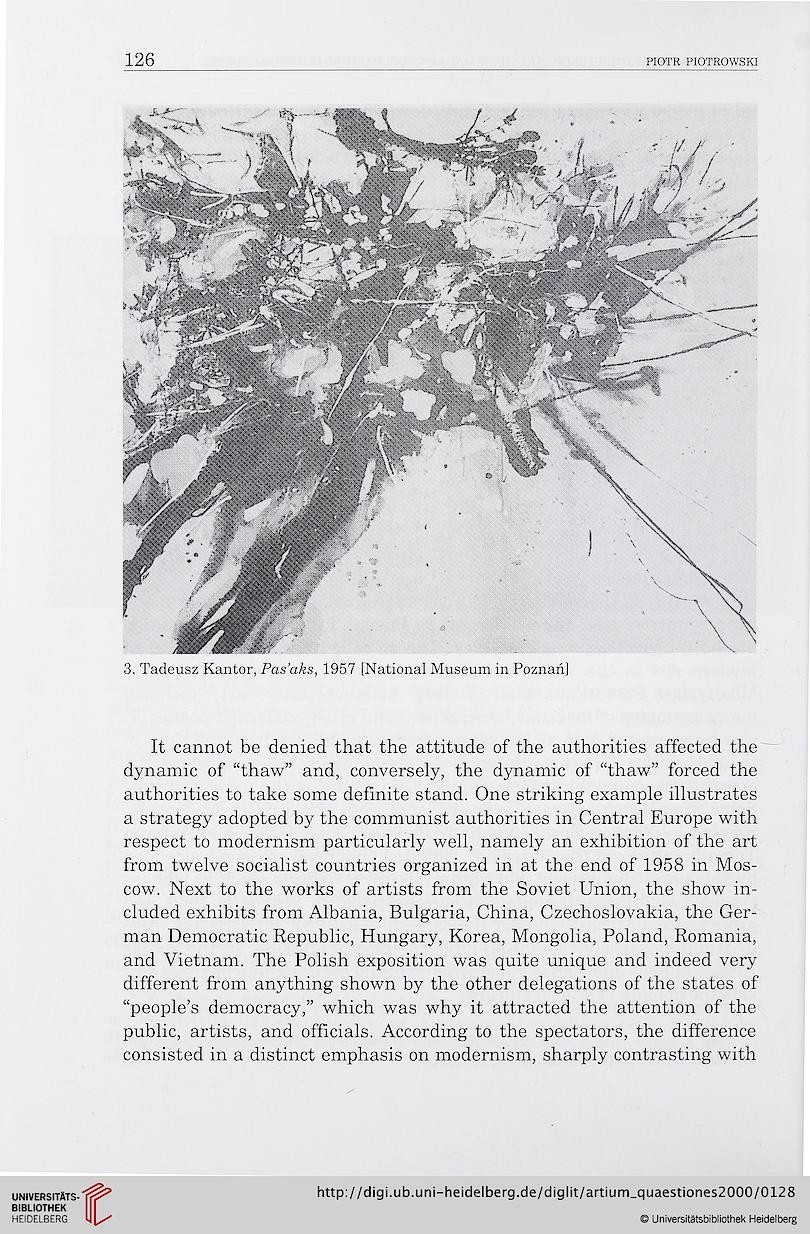 It cannot be denied that the attitude of the authorities affected the
dynamic of “thaw” and, conversely, the dynamic of “thaw” forced the
authorities to take some deflnite stand. One striking example illustrâtes
a strategy adopted by the communist authorities in Central Europe with
respect to modernism particularly well, namely an exhibition of the art
from twelve socialist countries organized in at the end of 1958 in Mos-
cow. Next to the works of artists from the Soviet Union, the show in-
cluded exhibits from Albania, Bulgaria, China, Czechoslovakia, the Ger-
man Démocratie Republic, Hungary, Korea, Mongolia, Poland, Romania,
and Vietnam. The Polish exposition was quite unique and indeed very
different from anything shown by the other délégations of the States of
“people’s democracy,” which was why it attracted the attention of the
public, artists, and officiais. According to the spectators, the différence
consisted in a distinct emphasis on modernism, sharply contrasting with