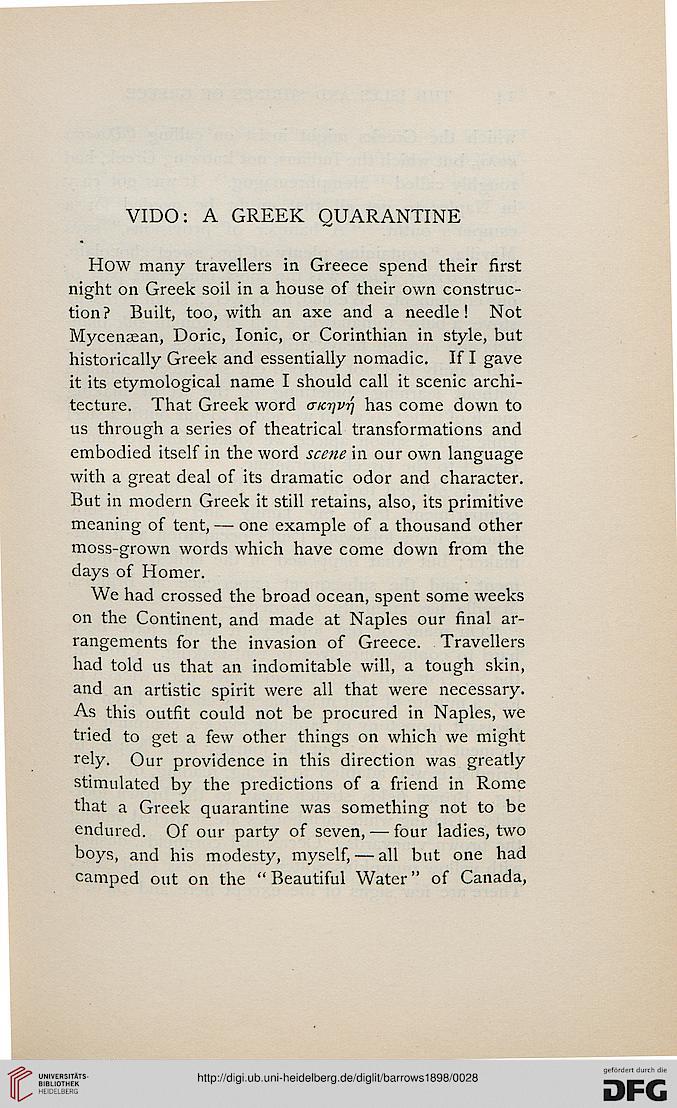 How many travellers in Greece spend their first
night on Greek soil in a house of their own construc-
tion? Built, too, with an axe and a needle! Not
Mycenaean, Doric, Ionic, or Corinthian in style, but
historically Greek and essentially nomadic. If I gave
it its etymological name I should call it scenic archi-
tecture. That Greek word aicijvq has come down to
us through a series of theatrical transformations and
embodied itself in the word scene in our own language
with a great deal of its dramatic odor and character.
But in modern Greek it still retains, also, its primitive
meaning of tent, — one example of a thousand other
moss-grown words which have come down from the
days of Homer.

We had crossed the broad ocean, spent some weeks
on the Continent, and made at Naples our final ar-
rangements for the invasion of Greece. Travellers
had told us that an indomitable will, a tough skin,
and an artistic spirit were all that were necessary.
As this outfit could not be procured in Naples, we
tried to get a few other things on which we might
rely. Our providence in this direction was greatly
stimulated by the predictions of a friend in Rome
that a Greek quarantine was something not to be
endured. Of our party of seven, —■ four ladies, two
boys, and his modesty, myself, — all but one had
camped out on the "Beautiful Water" of Canada,