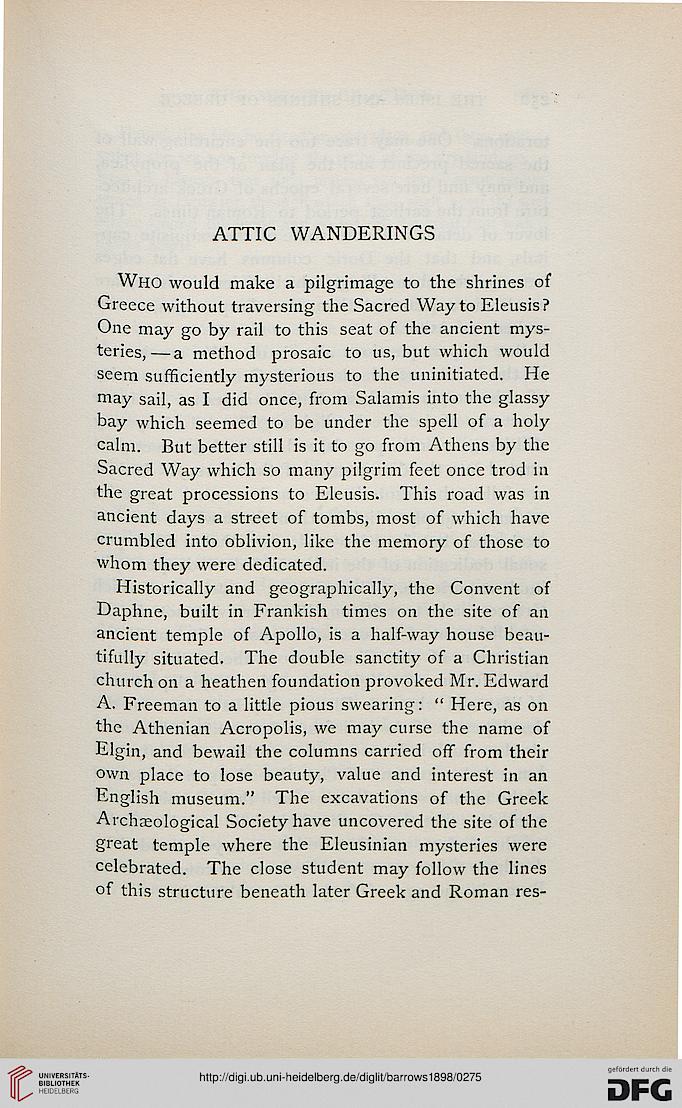 Who would make a pilgrimage to the shrines of
Greece without traversing the Sacred Way to Elcusis?
One may go by rail to this seat of the ancient mys-
teries,— a method prosaic to us, but which would
seem sufficiently mysterious to the uninitiated. He
may sail, as I did once, from Salamis into the glassy
bay which seemed to be under the spell of a holy
calm. But better still is it to go from Athens by the
Sacred Way which so many pilgrim feet once trod in
the great processions to Eleusis. This road was in
ancient days a street of tombs, most of which have
crumbled into oblivion, like the memory of those to
whom they were dedicated.

Historically and geographically, the Convent of
Daphne, built in Frankish times on the site of an
ancient temple of Apollo, is a half-way house beau-
tifully situated. The double sanctity of a Christian
church on a heathen foundation provoked Mr. Edward
A. Freeman to a little pious swearing: " Here, as on
the Athenian Acropolis, we may curse the name of
Elgin, and bewail the columns carried off from their
own place to lose beauty, value and interest in an
English museum." The excavations of the Greek
Archaeological Society have uncovered the site of the
great temple where the Eleusinian mysteries were
celebrated. The close student may follow the lines
of this structure beneath later Greek and Roman res-