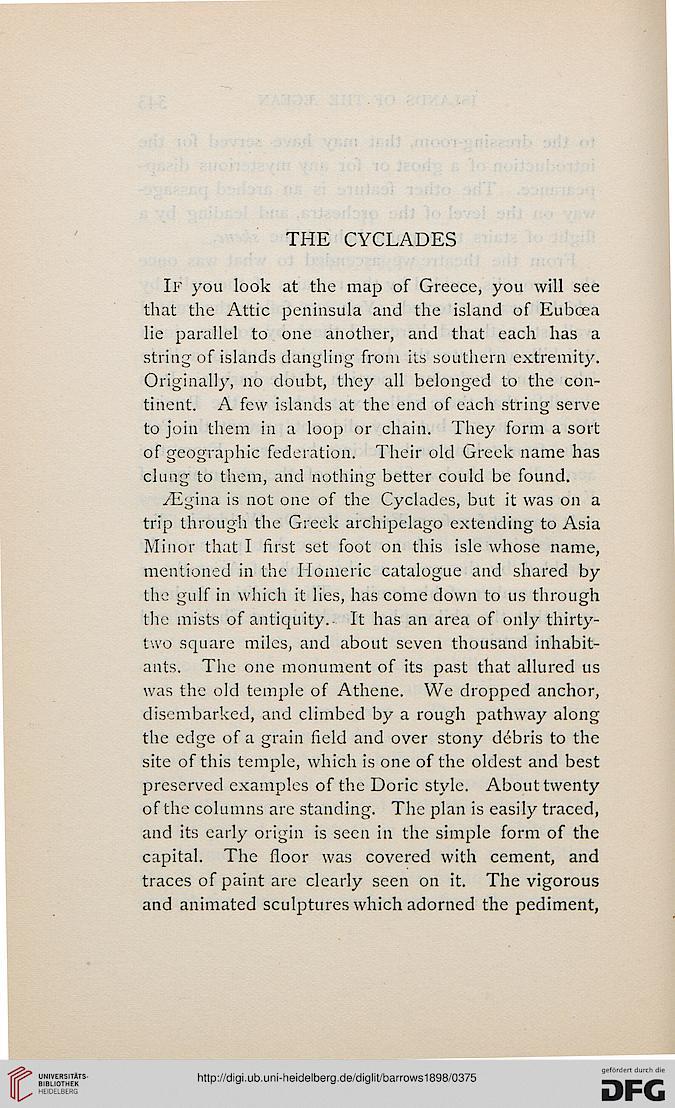 Information about OCR text
THE CYCLADES

If you look at the map of Greece, you will see
that the Attic peninsula and the island of Eubcea
lie parallel to one another, and that each has a
string of islands dangling from its southern extremity.
Originally, no doubt, they all belonged to the con-
tinent. A few islands at the end of each string serve
to join them in a loop or chain. They form a sort
of geographic federation. Their old Greek name has
clung to them, and nothing better could be found.

/Egina is not one of the Cyclades, but it was on a
trip through the Greek archipelago extending to Asia
Minor that 1 first set foot on this isle whose name,
mentioned in the Homeric catalogue and shared by
the gulf in which it lies, has come down to us through
the mists of antiquity. It has an area of only thirty-
two srpiare miles, and about seven thousand inhabit-
ants. The one monument of its past that allured us
was the old temple of Athene. We dropped anchor,
disembarked, and climbed by a rough pathway along
the edge of a grain field and over stony debris to the
site of this temple, which is one of the oldest and best
preserved examples of the Doric style. About twenty
of the columns are standing. The plan is easily traced,
and its early origin is seen in the simple form of the
capital. The floor was covered with cement, and
traces of paint are clearly seen on it. The vigorous
and animated sculptures which adorned the pediment,