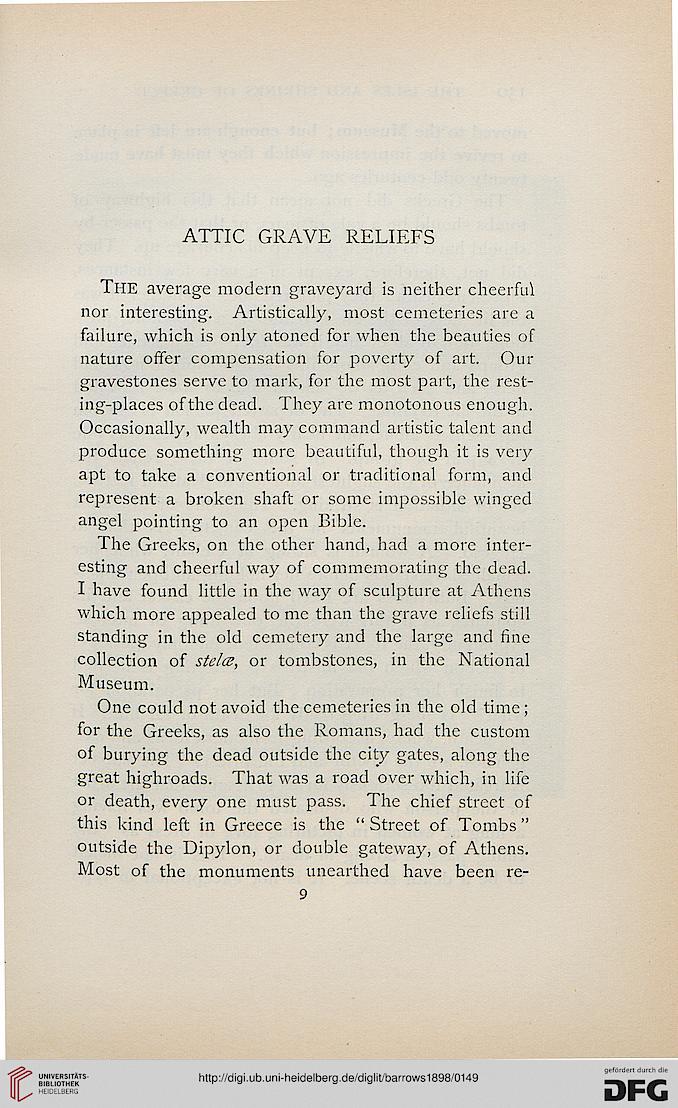 The average modern graveyard is neither cheerful
nor interesting. Artistically, most cemeteries are a
failure, which is only atoned for when the beauties of
nature offer compensation for poverty of art. Our
gravestones serve to mark, for the most part, the rest-
ing-places of the dead. They are monotonous enough.
Occasionally, wealth may command artistic talent and
produce something more beautiful, though it is very
apt to take a conventional or traditional form, and
represent a broken shaft or some impossible winged
angel pointing to an open Bible.

The Greeks, on the other hand, had a more inter-
esting and cheerful way of commemorating the dead.
I have found little in the way of sculpture at Athens
which more appealed to me than the grave reliefs still
standing in the old cemetery and the large and fine
collection of steles, or tombstones, in the National
Museum.

One could not avoid the cemeteries in the old time;
for the Greeks, as also the Romans, had the custom
of burying the dead outside the city gates, along the
great highroads. That was a road over which, in life
or death, every one must pass. The chief street of
this kind left in Greece is the " Street of Tombs "
outside the Dipylon, or double gateway, of Athens.
Most of the monuments unearthed have been re-