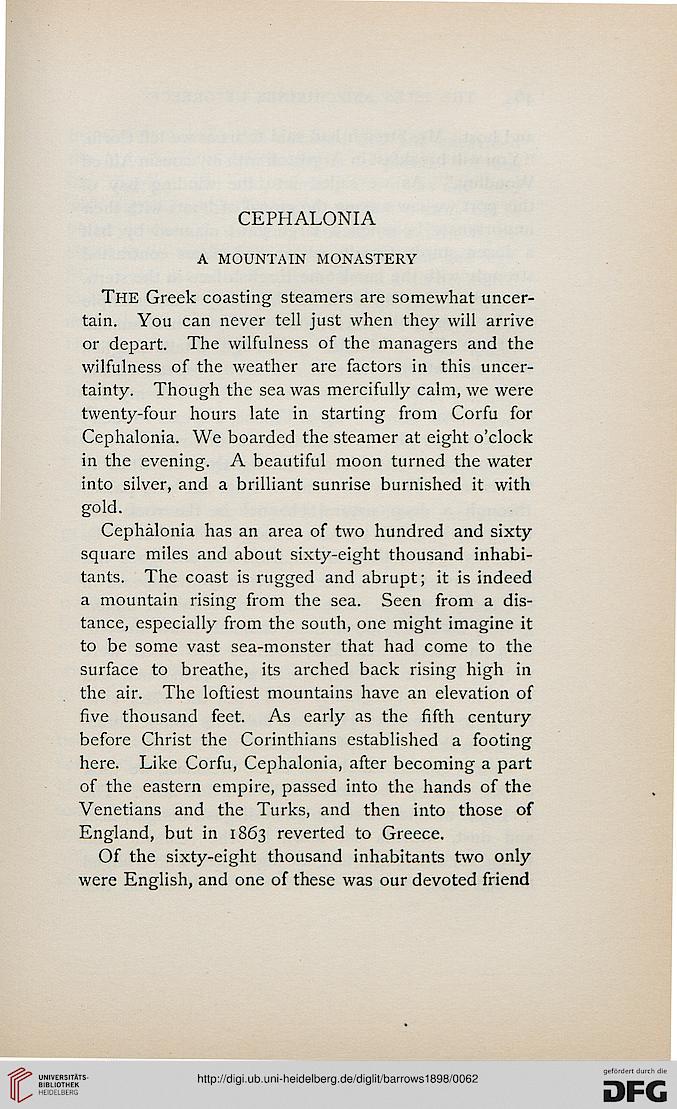 The Greek coasting steamers are somewhat uncer-
tain. You can never tell just when they will arrive
or depart. The wilfulness of the managers and the
wilfulness of the weather are factors in this uncer-
tainty. Though the sea was mercifully calm, we were
twenty-four hours late in starting from Corfu for
Cephalonia. We boarded the steamer at eight o'clock
in the evening. A beautiful moon turned the water
into silver, and a brilliant sunrise burnished it with
gold.

Cephalonia has an area of two hundred and sixty
square miles and about sixty-eight thousand inhabi-
tants. The coast is rugged and abrupt; it is indeed
a mountain rising from the sea. Seen from a dis-
tance, especially from the south, one might imagine it
to be some vast sea-monster that had come to the
surface to breathe, its arched back rising high in
the air. The loftiest mountains have an elevation of
five thousand feet. As early as the fifth century
before Christ the Corinthians established a footing
here. Like Corfu, Cephalonia, after becoming a part
of the eastern empire, passed into the hands of the
Venetians and the Turks, and then into those of
England, but in 1863 reverted to Greece.

Of the sixty-eight thousand inhabitants two only
were English, and one of these was our devoted friend