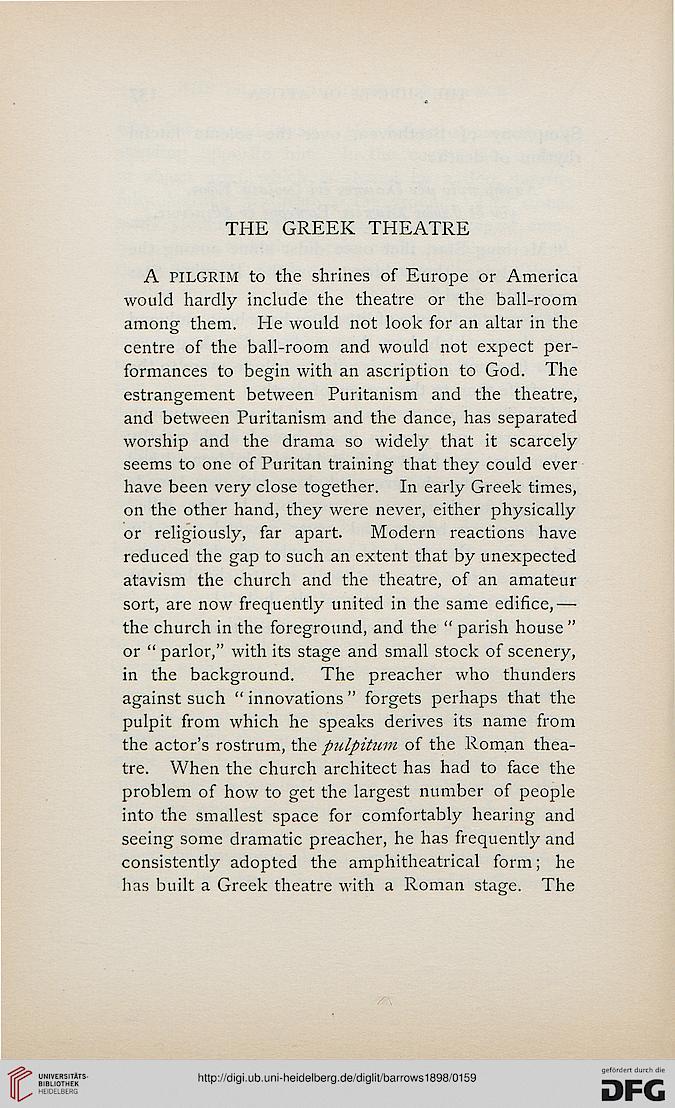 A PILGRIM to the shrines of Europe or America
would hardly include the theatre or the ball-room
among them. He would not look for an altar in the
centre of the ball-room and would not expect per-
formances to begin with an ascription to God. The
estrangement between Puritanism and the theatre,
and between Puritanism and the dance, has separated
worship and the drama so widely that it scarcely
seems to one of Puritan training that they could ever
have been very close together. In early Greek times,
on the other hand, they were never, either physically
or religiously, far apart. Modern reactions have
reduced the gap to such an extent that by unexpected
atavism the church and the theatre, of an amateur
sort, are now frequently united in the same edifice,—
the church in the foreground, and the " parish house "
or " parlor," with its stage and small stock of scenery,
in the background. The preacher who thunders
against such " innovations " forgets perhaps that the
pulpit from which he speaks derives its name from
the actor's rostrum, the pulpitwn of the Roman thea-
tre. When the church architect has had to face the
problem of how to get the largest number of people
into the smallest space for comfortably hearing and
seeing some dramatic preacher, he has frequently and
consistently adopted the amphithcatrical form; he
has built a Greek theatre with a Roman stage. The