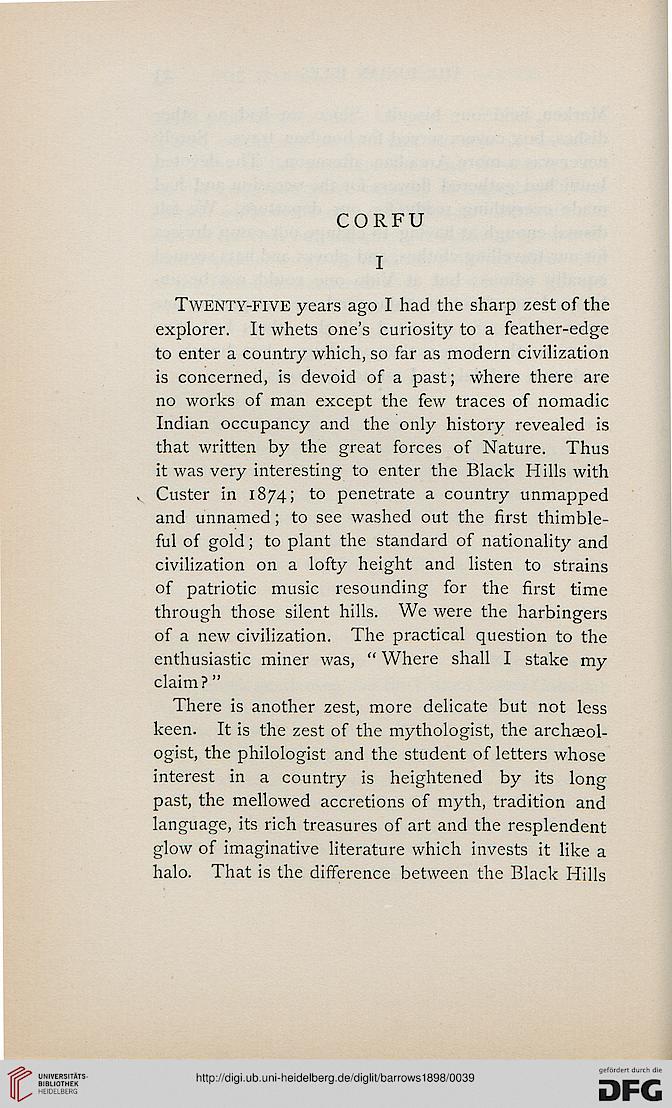 Twenty-five years ago I had the sharp zest of the
explorer. It whets one's curiosity to a feather-edge
to enter a country which, so far as modern civilization
is concerned, is devoid of a past; where there are
no works of man except the few traces of nomadic
Indian occupancy and the only history revealed is
that written by the great forces of Nature. Thus
it was very interesting to enter the Black Hills with
Custer in 1874; to penetrate a country unmapped
and unnamed; to see washed out the first thimble-
ful of gold; to plant the standard of nationality and
civilization on a lofty height and listen to strains
of patriotic music resounding for the first time
through those silent hills. We were the harbingers
of a new civilization. The practical question to the
enthusiastic miner was, " Where shall I stake my
claim?"

There is another zest, more delicate but not less
keen. It is the zest of the mythologist, the archaeol-
ogist, the philologist and the student of letters whose
interest in a country is heightened by its long
past, the mellowed accretions of myth, tradition and
language, its rich treasures of art and the resplendent
glow of imaginative literature which invests it like a
halo. That is the difference between the Black Hills