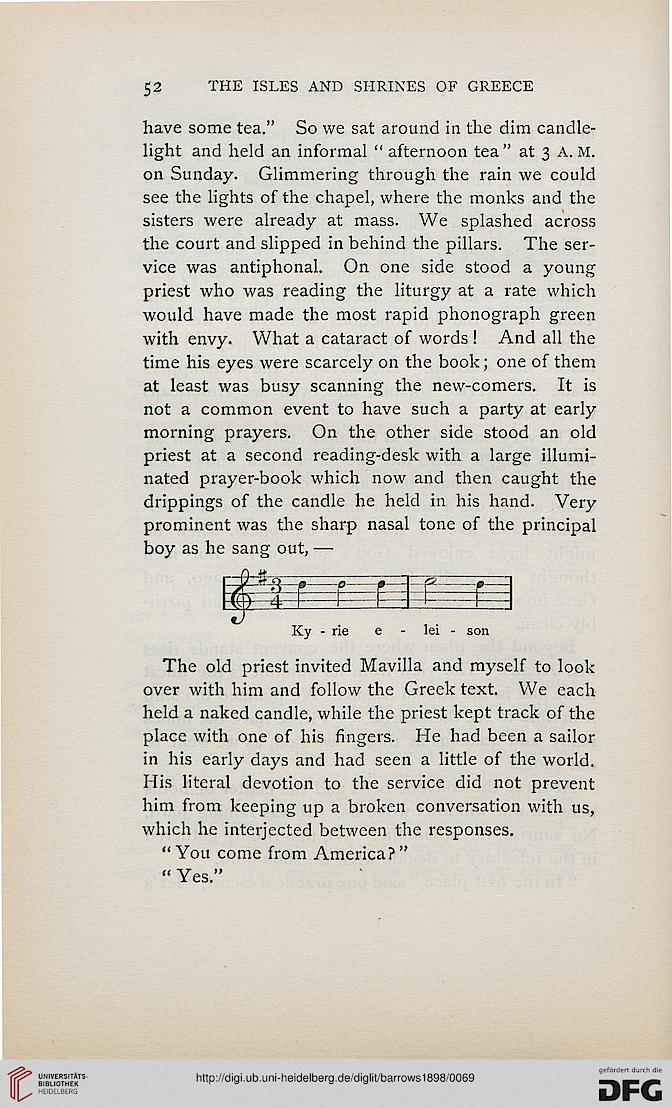 Information about OCR text
52 THE ISLES AND SHRINES OF GREECE

have some tea." So we sat around in the dim candle-
light and held an informal " afternoon tea" at 3 A. M.
on Sunday. Glimmering through the rain we could
see the lights of the chapel, where the monks and the
sisters were already at mass. We splashed across
the court and slipped in behind the pillars. The ser-
vice was antiphonal. On one side stood a young
priest who was reading the liturgy at a rate which
would have made the most rapid phonograph green
with envy. What a cataract of words ! And all the
time his eyes were scarcely on the book; one of them
at least was busy scanning the new-comers. It is
not a common event to have such a party at early
morning prayers. On the other side stood an old
priest at a second reading-desk with a large illumi-
nated prayer-book which now and then caught the
drippings of the candle he held in his hand. Very
prominent was the sharp nasal tone of the principal
boy as he sang out, —

The old priest invited Mavilla and myself to look
over with him and follow the Greek text. We each
held a naked candle, while the priest kept track of the
place with one of his fingers. He had been a sailor
in his early days and had seen a little of the world.
His literal devotion to the service did not prevent
him from keeping up a broken conversation with us,
which he interjected between the responses.

"You come from America?"