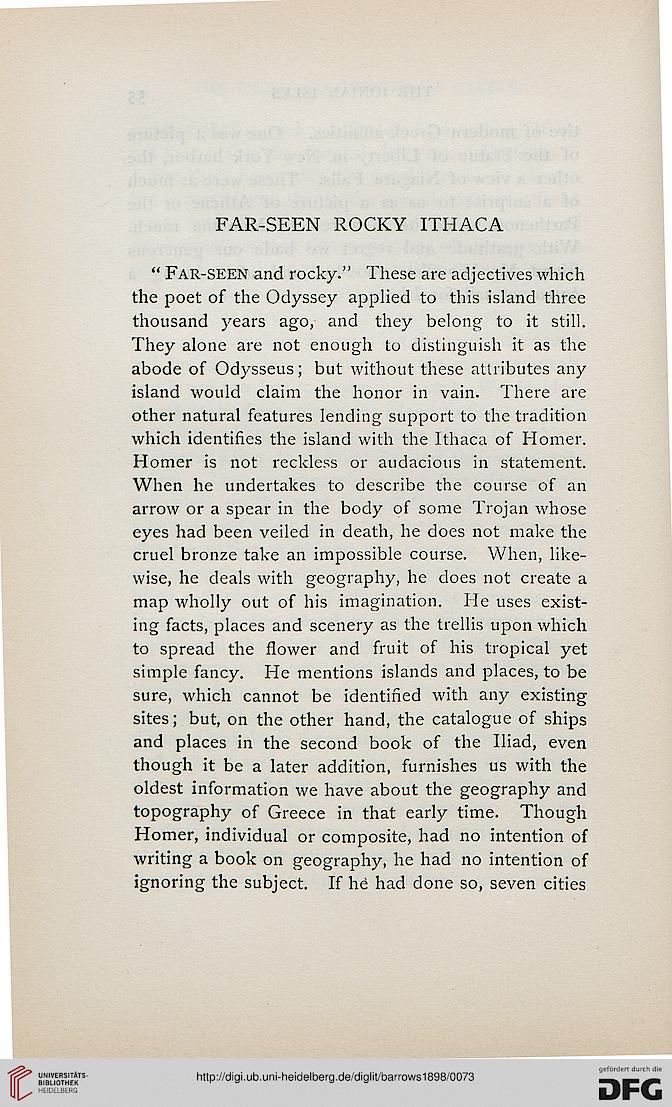 " Far-seen and rocky." These are adjectives which
the poet of the Odyssey applied to this island three
thousand years ago, and they belong to it still.
They alone are not enough to distinguish it as the
abode of Odysseus; but without these attributes any
island would claim the honor in vain. There are
other natural features lending support to the tradition
which identifies the island with the Ithaca of Homer.
Homer is not reckless or audacious in statement.
When he undertakes to describe the course of an
arrow or a spear in the body of some Trojan whose
eyes had been veiled in death, he does not make the
cruel bronze take an impossible course. When, like-
wise, he deals with geography, he does not create a
map wholly out of his imagination. He uses exist-
ing facts, places and scenery as the trellis upon which
to spread the flower and fruit of his tropical yet
simple fancy. He mentions islands and places, to be
sure, which cannot be identified with any existing
sites; but, on the other hand, the catalogue of ships
and places in the second book of the Iliad, even
though it be a later addition, furnishes us with the
oldest information we have about the geography and
topography of Greece in that early time. Though
Homer, individual or composite, had no intention of
writing a book on geography, he had no intention of
ignoring the subject. If he had done so, seven cities