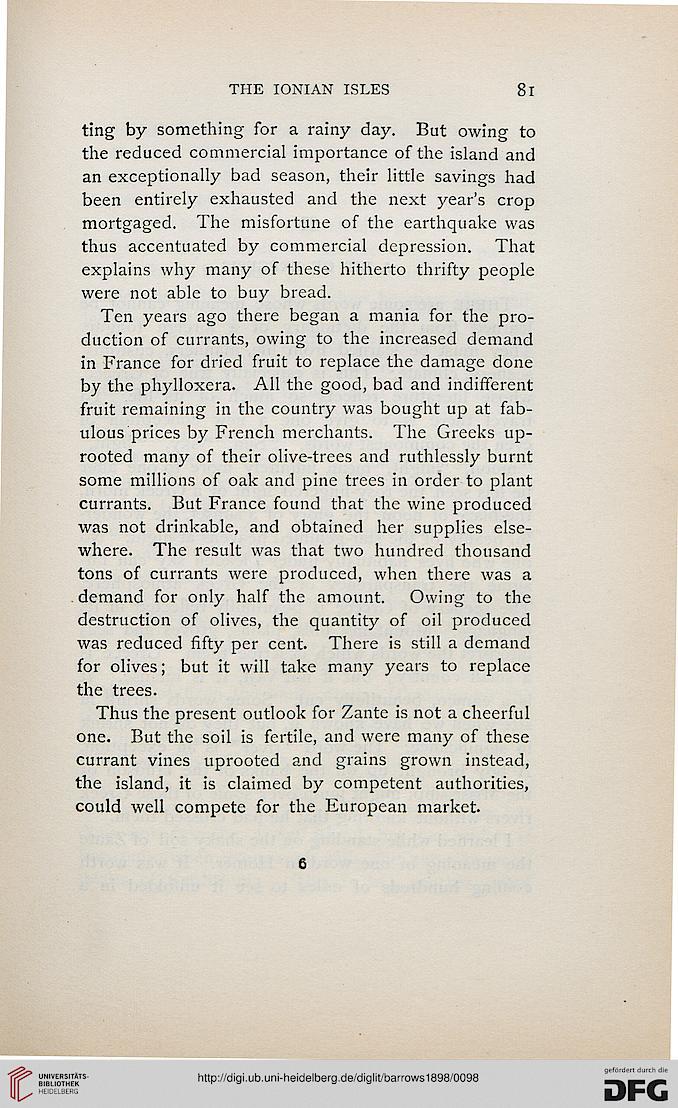 ting by something for a rainy day. But owing to
the reduced commercial importance of the island and
an exceptionally bad season, their little savings had
been entirely exhausted and the next year's crop
mortgaged. The misfortune of the earthquake was
thus accentuated by commercial depression. That
explains why many of these hitherto thrifty people
were not able to buy bread.

Ten years ago there began a mania for the pro-
duction of currants, owing to the increased demand
in France for dried fruit to replace the damage done
by the phylloxera. All the good, bad and indifferent
fruit remaining in the country was bought up at fab-
ulous prices by French merchants. The Greeks up-
rooted many of their olive-trees and ruthlessly burnt
some millions of oak and pine trees in order to plant
currants. But France found that the wine produced
was not drinkable, and obtained her supplies else-
where. The result was that two hundred thousand
tons of currants were produced, when there was a
demand for only half the amount. Owing to the
destruction of olives, the quantity of oil produced
was reduced fifty per cent. There is still a demand
for olives; but it will take many years to replace
the trees.

Thus the present outlook for Zante is not a cheerful
one. But the soil is fertile, and were many of these
currant vines uprooted and grains grown instead,
the island, it is claimed by competent authorities,
could well compete for the European market.