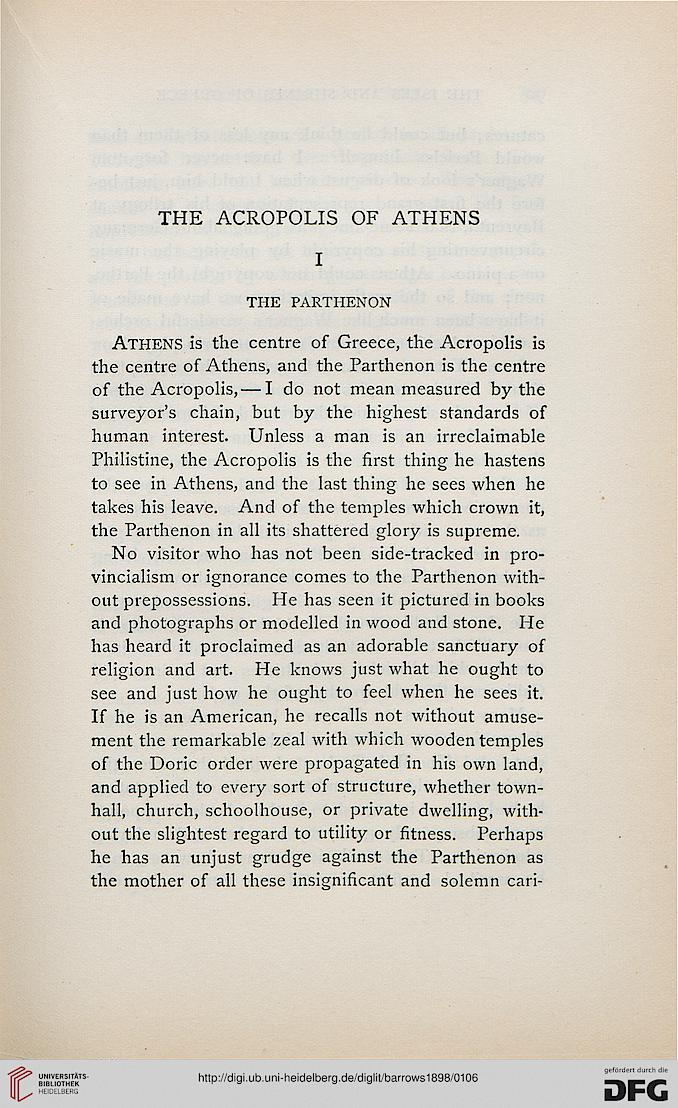 Information about OCR text
THE ACROPOLIS OF ATHENS
I

No visitor who has not been side-tracked in pro-
vincialism or ignorance comes to the Parthenon with-
out prepossessions. He has seen it pictured in books
and photographs or modelled in wood and stone. He
has heard it proclaimed as an adorable sanctuary of
religion and art. He knows just what he ought to
see and just how he ought to feel when he sees it.
If he is an American, he recalls not without amuse-
ment the remarkable zeal with which wooden temples
of the Doric order were propagated in his own land,
and applied to every sort of structure, whether town-
hall, church, schoolhouse, or private dwelling, with-
out the slightest regard to utility or fitness. Perhaps
he has an unjust grudge against the Parthenon as
the mother of all these insignificant and solemn cari-