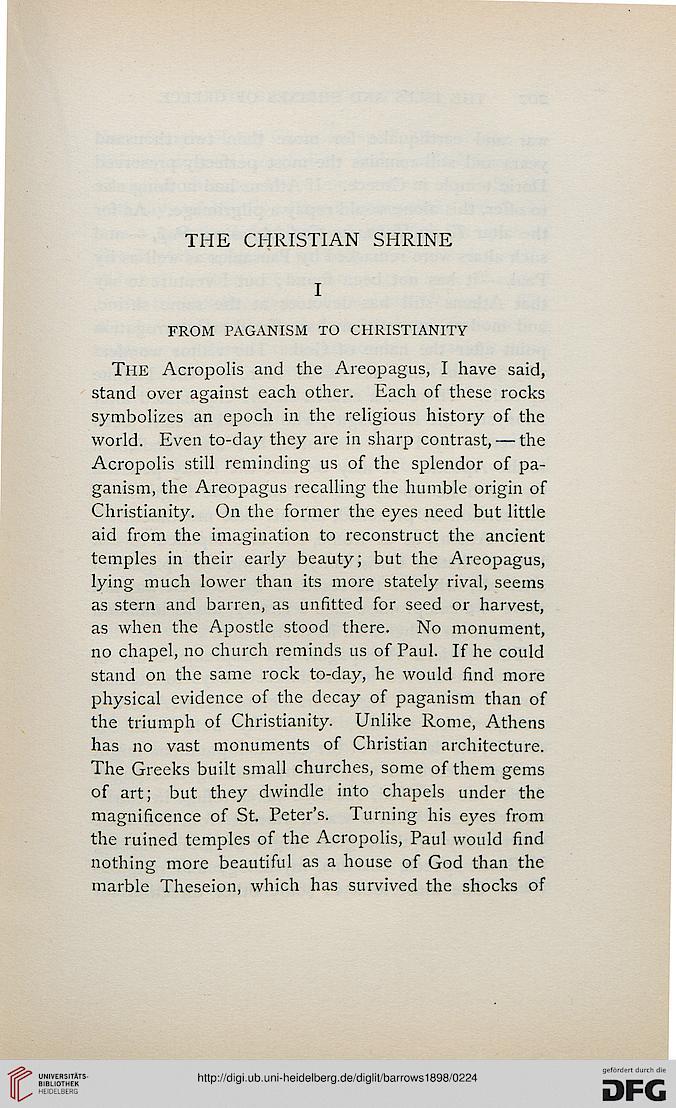 FROM PAGANISM TO CHRISTIANITY

The Acropolis and the Areopagus, I have said,
stand over against each other. Each of these rocks
symbolizes an epoch in the religious history of the
world. Even to-day they are in sharp contrast, — the
Acropolis still reminding us of the splendor of pa-
ganism, the Areopagus recalling the humble origin of
Christianity. On the former the eyes need but little
aid from the imagination to reconstruct the ancient
temples in their early beauty; but the Areopagus,
lying much lower than its more stately rival, seems
as stern and barren, as unfitted for seed or harvest,
as when the Apostle stood there. No monument,
no chapel, no church reminds us of Paul. If he could
stand on the same rock to-day, he would find more
physical evidence of the decay of paganism than of
the triumph of Christianity. Unlike Rome, Athens
has no vast monuments of Christian architecture.
The Greeks built small churches, some of them gems
of art; but they dwindle into chapels under the
magnificence of St. Peter's. Turning his eyes from
the ruined temples of the Acropolis, Paul would find
nothing more beautiful as a house of God than the
marble Theseion, which has survived the shocks of