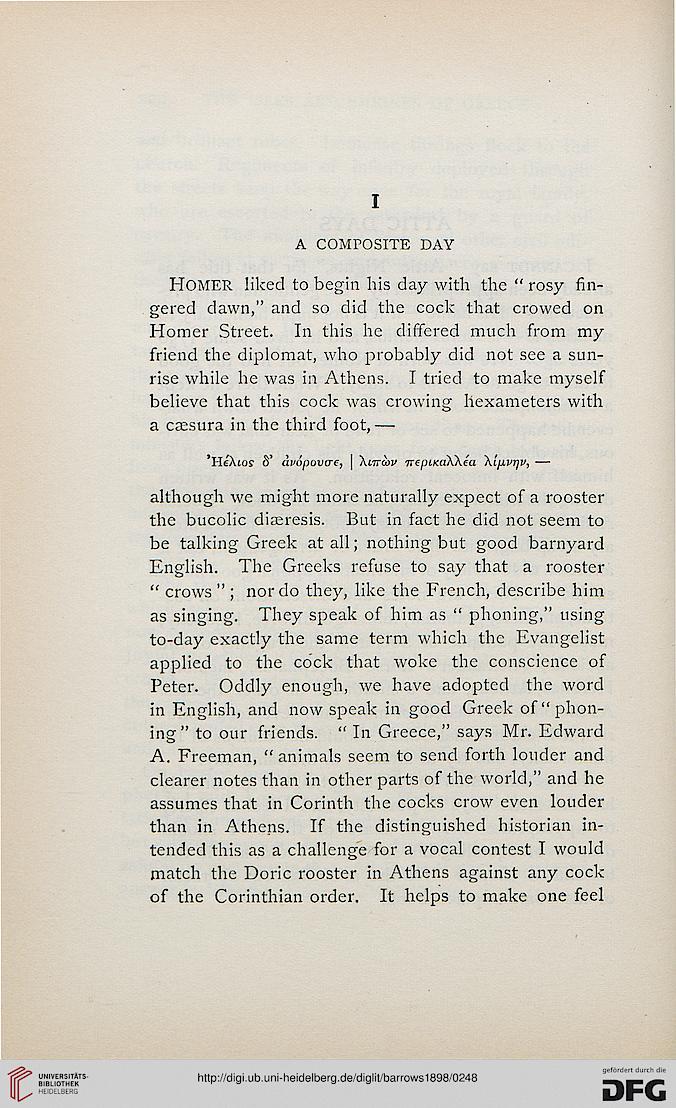 HOMER liked to begin his day with the " rosy fin-
gered dawn," and so did the cock that crowed on
Homer Street. In this he differed much from my
friend the diplomat, who probably did not see a sun-
rise while he was in Athens. I tried to make myself
believe that this cock was crowing hexameters with
a caesura in the third foot, —

although we might more naturally expect of a rooster
the bucolic diaeresis. But in fact he did not seem to
be talking Greek at all; nothing but good barnyard
English. The Greeks refuse to say that a rooster
" crows " ; nor do they, like the French, describe him
as singing. They speak of him as " phoning," using
to-day exactly the same term which the Evangelist
applied to the cock that woke the conscience of
Peter. Oddly enough, we have adopted the word
in English, and now speak in good Greek of "phon-
ing " to our friends. " In Greece," says Mr. Edward
A. Freeman, " animals seem to send forth louder and
clearer notes than in other parts of the world," and he
assumes that in Corinth the cocks crow even louder
than in Athens. If the distinguished historian in-
tended this as a challenge for a vocal contest I would
match the Doric rooster in Athens against any cock
of the Corinthian order. It helps to make one feel