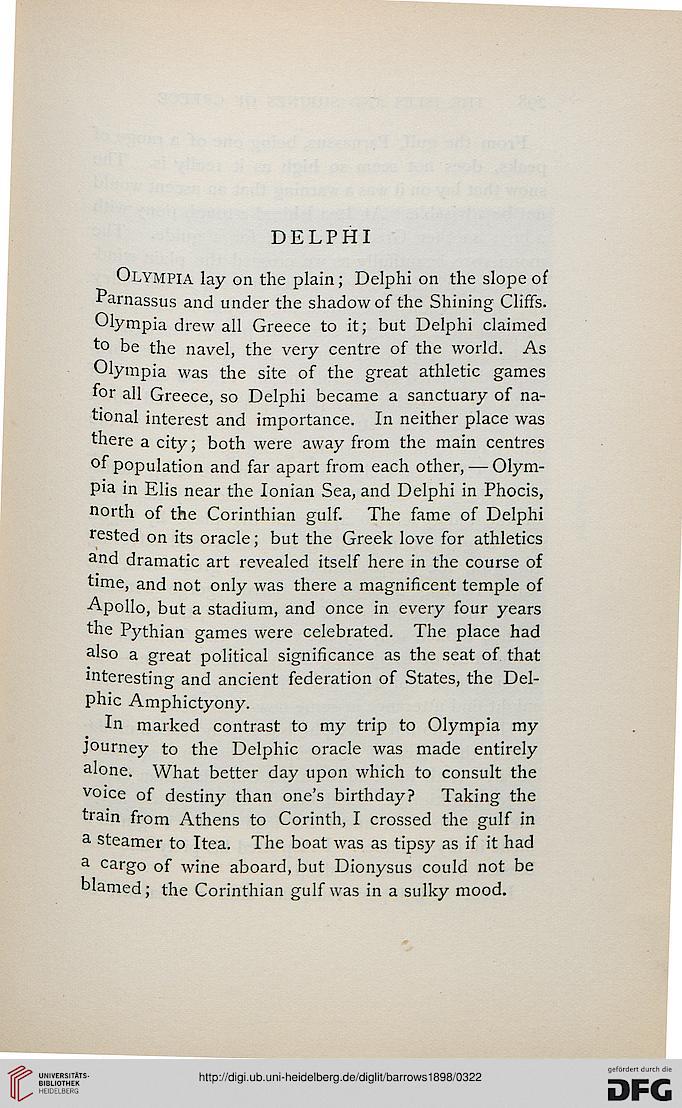 Olympia lay on the plain; Delphi on the slope of
Parnassus and under the shadow of the Shining Cliffs.
Olympia drew all Greece to it; but Delphi claimed
to be the navel, the very centre of the world. As
Olympia was the site of the great athletic games
for all Greece, so Delphi became a sanctuary of na-
tional interest and importance. In neither place was
there a city; both were away from the main centres
°f population and far apart from each other, — Olym-
pia in Elis near the Ionian Sea, and Delphi in Phocis,
north of the Corinthian gulf. The fame of Delphi
rested on its oracle; but the Greek love for athletics
and dramatic art revealed itself here in the course of
time, and not only was there a magnificent temple of
Apollo, but a stadium, and once in every four years
the Pythian games were celebrated. The place had
also a great political significance as the seat of that
interesting and ancient federation of States, the Del-
Phic Amphictyony.

In marked contrast to my trip to Olympia my
journey to the Delphic oracle was made entirely
alone. What better day upon which to consult the
voice of destiny than one's birthday? Taking the
train from Athens to Corinth, I crossed the gulf in
a steamer to Itea. The boat was as tipsy as if it had
a cargo of wine aboard, but Dionysus could not be
blamed; the Corinthian gulf was in a sulky mood.