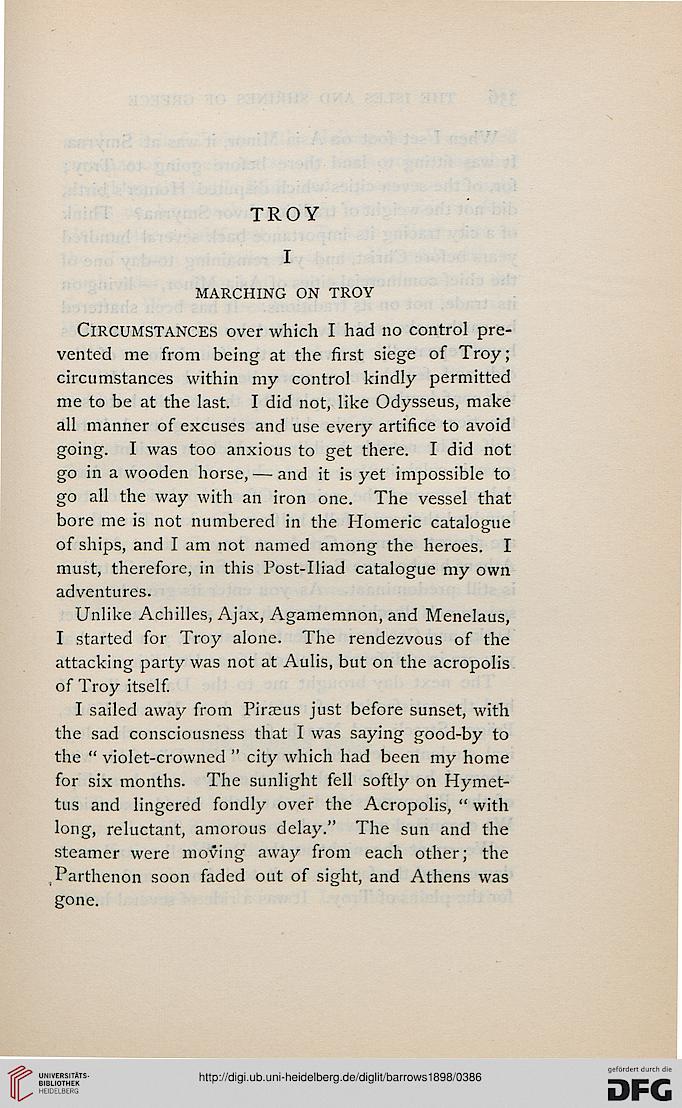 CIRCUMSTANCES over which I had no control pre-
vented me from being at the first siege of Troy;
circumstances within my control kindly permitted
me to be at the last. I did not, like Odysseus, make
all manner of excuses and use every artifice to avoid
going. I was too anxious to get there. I did not
go in a wooden horse, — and it is yet impossible to
go all the way with an iron one. The vessel that
bore me is not numbered in the Homeric catalogue
of ships, and I am not named among the heroes. I
must, therefore, in this Post-Iliad catalogue my own
adventures.

Unlike Achilles, Ajax, Agamemnon, and Menelaus,
I started for Troy alone. The rendezvous of the
attacking party was not at Aulis, but on the acropolis
of Troy itself.

I sailed away from Pimeus just before sunset, with
the sad consciousness that I was saying good-by to
the " violet-crowned " city which had been my home
for six months. The sunlight fell softly on Hymet-
tus and lingered fondly over the Acropolis, " with
long, reluctant, amorous delay." The sun and the
steamer were moving away from each other; the
Parthenon soon faded out of sight, and Athens was
gone.