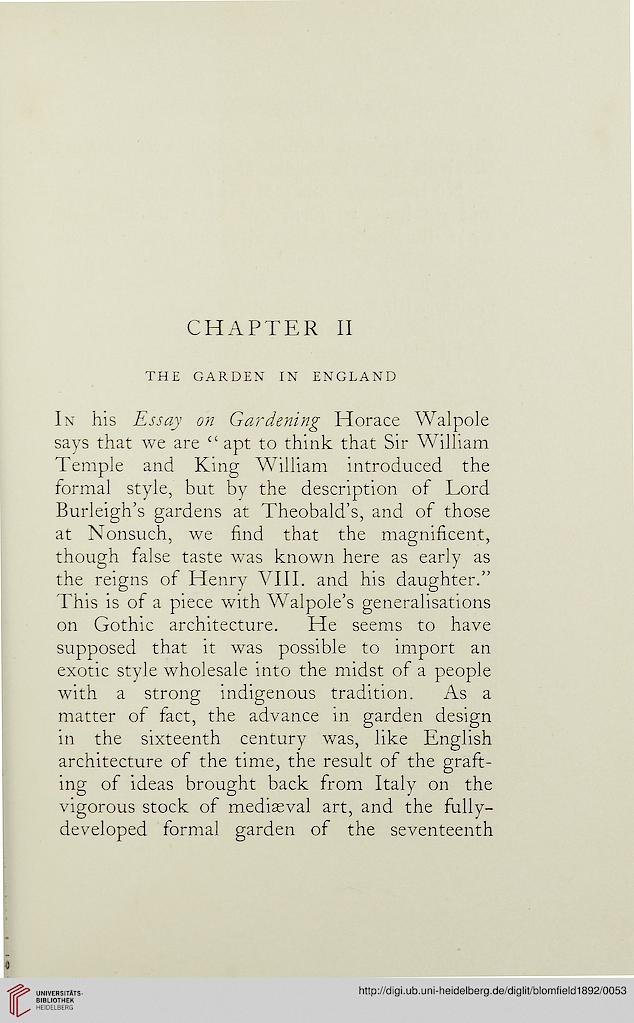 the garden in england

In his Essay on Gardening Horace Walpole
says that we are " apt to think that Sir William
Temple and King William introduced the
formal style, but by the description of Lord
Burleigh's gardens at Theobald's, and of those
at Nonsuch, we find that the magnificent,
though false taste was known here as early as
the reigns of Henry VIII. and his daughter."
This is of a piece with Walpole's generalisations
on Gothic architecture. He seems to have
supposed that it was possible to import an
exotic style wholesale into the midst of a people
with a strong indigenous tradition. As a
matter of fact, the advance in garden design
in the sixteenth century was, like English
architecture of the time, the result of the graft-
ing of ideas brought back from Italy on the
vigorous stock of mediaeval art, and the fully-
developed formal garden of the seventeenth