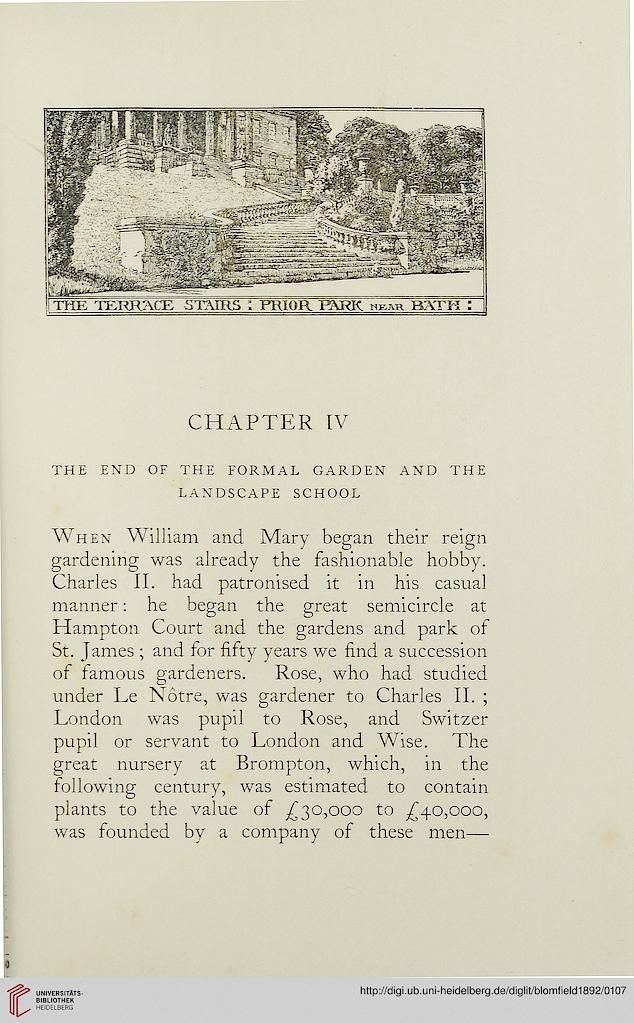 Information about OCR text
the terrace stairs : prior t5vrk near batk :

the end of the formal garden and the
landscape school

When William and Mary began their reign
gardening was already the fashionable hobby.
Charles II. had patronised it in his casual
manner: he began the great semicircle at
Hampton Court and the gardens and park of
St. James ; and for fifty years we find a succession
of famous gardeners. Rose, who had studied
under Le Notre, was gardener to Charles II. ;
London was pupil to Rose, and Switzer
pupil or servant to London and Wise. The
great nursery at Brompton, which, in the
following century, was estimated to contain
plants to the value of ^30,000 to .£40,000,
was founded by a company of these men—